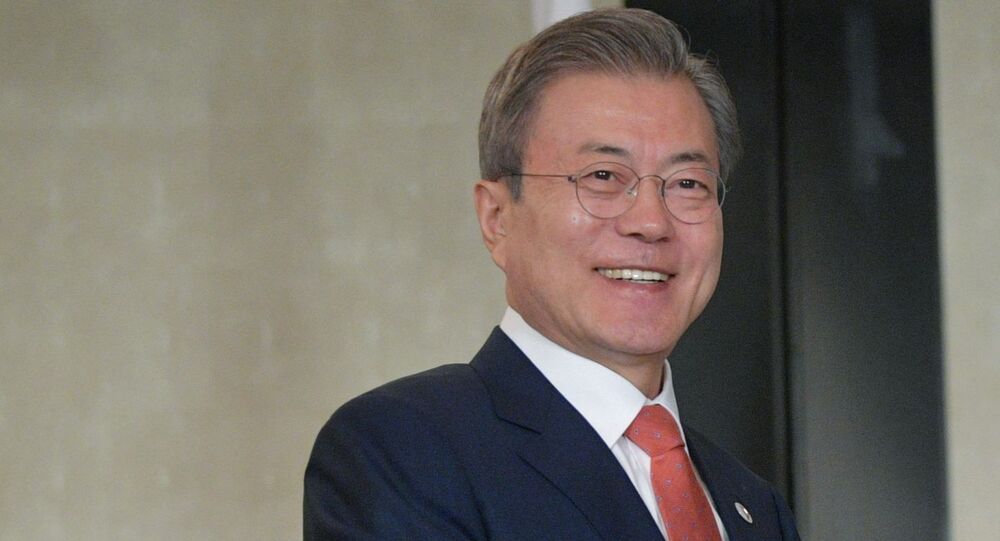 For South Korea and its film industry it would have been more than enough if director and scriptwriter Boon-Joon-ho had won only in the category best original screenplay, as it was the first Oscar for the country. But after collecting this prize, the film won in three other categories, including the most prestigious – Best Picture.

South Korean President Moon Jae-in has congratulated the cast and crew of the movie Parasite that triumphed at the 2020 Oscars. In a statement posted on the government’s account on Twitter the president said the movie "moved the hearts of people around the world" and said he is grateful to the cast and crew for “instilling pride and courage” in South Koreans as they "come together to weather difficulties".

​Moon Jae-in said he was already curious about Bong Joon-ho’s next work and noted that the government will stand with national moviemakers who "stretch their imagination to the fullest and make movies free from worries".

Parasite, a social satire about two South Korean families from different classes – one who constantly struggles to make ends meet, while the other enjoys the high life – has done what no other non-English language film managed to do during the Oscars 92-year history, win the best motion picture. The black comedy also dominated this year’s ceremony winning the most awards – best original screenplay, best international feature and best director.

Bong Joon-ho, who wrote screenplay and directed the movie thanked fellow nominees and regretted he didn’t have a chainsaw as he would have cut the statuette in half and shared it with – Martin Scorsese, Quentin Tarantino, Todd Philips, and Sam Mendes, who were also nominated for best director. "I will drink until next morning", said Bong Joon-ho finishing his acceptance speech.

The film’s producer Kwak Sin-ae, who collected the trophy for best motion picture, said: "I'm speechless. We never imagined this to happen. I feel like a very opportune moment in history is happening right now".