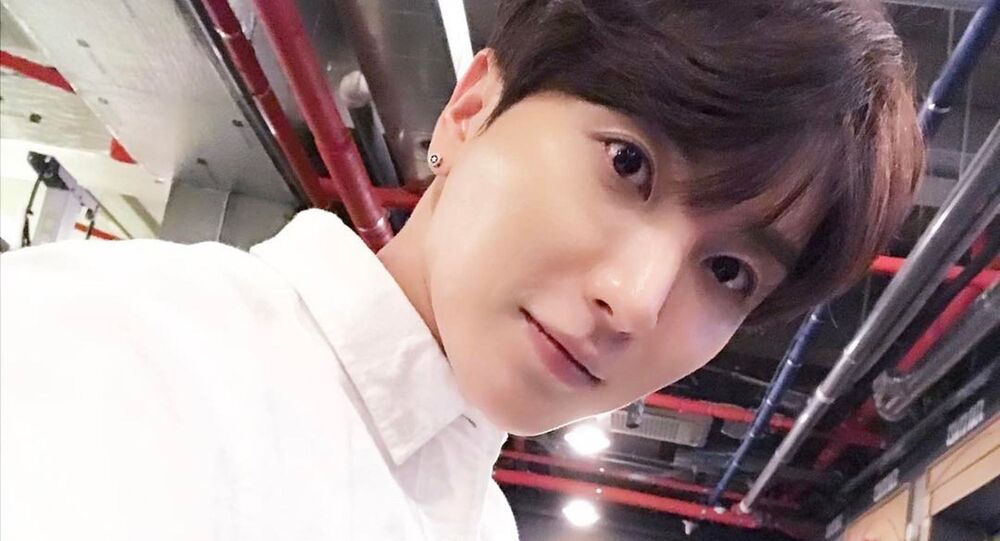 Earlier, the K-pop star told his fans that his phone number had been sold.

A number of screenshots of what are believed to be private messages to unknown women from Leeteuk, the leader of the South Korean pop group Super Junior, have appeared on the Internet. Those publishing the pictures claim the singer sent the direct messages from his official Instagram account.

The information has been spreading on local social network since the beginning of February, with Internet users wondering if it was really Leeteuk who suggested to a model that they drive together when the Porsche 992 comes out.

However, even without proof regarding the authenticity of these images, South Korean women are boiling over the possibility that the male celebrity could slide into their DMs:

International fans, meanwhile, are on the side of the idol, even if he truly tried to make conversatons with women.

🙄 at the Leeteuk “scandal.” The man did nothing wrong & was super respectful.

Let me show you what some DMs I get look like if you want to see something truly scandalous.

no, but seriously ... leeteuk sliding into your dms, encouraging you to stay healthy, discussing about what you're passionate about and smoothly asking you out through it ... never breaking this man's heart would be the absolute only sane way to go, darling.

if there's someone who should be ashamed for doing something, it's the person who leaked their dms. leeteuk & the woman are consenting adults. he shoot his shot RESPECTFULLY & did nothing wrong

Knetz are really mental. Now they're dragging Leeteuk for DM-ing a grown adult woman. Like???? Wtf is wrong with these mfers???

leeteuk do me instead. slide into my dms, tell me to have a good day, remind me to always wear my masks, ask me out smoothly, no dms will be leaked i can guarantee u charot no but srsly he was so sweet & respectful, i don't get why they always try to make him look like a creep

This is not the first time the artist has come under fire for his DMs. Two years ago, Leeteuk was criticized for writing "Hey, Yeonwoo" in direct messages to the fan page dedicated to the Momoland member. Fans were embarrassed and offended because the idols have a gap of 13 years between them.

WHAT PEOPLE ARE SO EXTRA ABOUT LEETEUK YEONWOO. It just dm tho?? It's not even a dirty talk, they were mc-ing and met at supertv so its normal la???? And we have no allowance to send a dm to someone who 13 years younger? Lmao gosssshhhh maintain ur dirty mind pic.twitter.com/vL9Y7d1E2b

Leeteuk officially apologised via Twitter, saying he mistook the pages on Instagram and just wanted to say supportive things to his junior colleague, denying he had a hidden agenda.

Leeteuk, who is currently on tour with "Super Show 8" and promoting Super Junior's last repackage album "Timeless", which was released on 28 January, shared recently on Instagram Live that someone had sold his phone and that he has recently been getting unwanted calls.