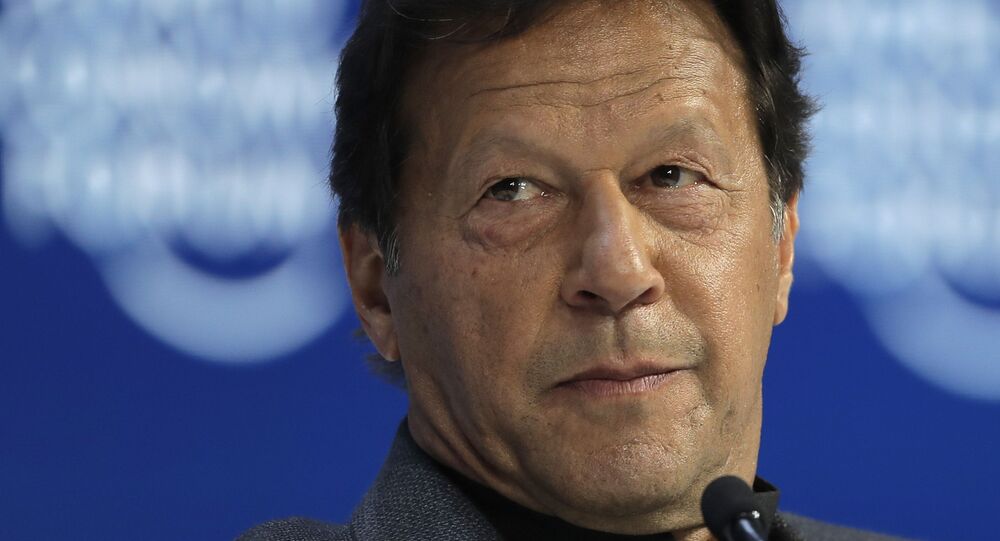 New Delhi (Sputnik): As per Pakistani government records, inflation rates reached a 12-year high of 14.6 percent in January. Prices of flour, which constitutes around 70 percent of calorie intake for an average Pakistani, and sugar have created major stress among the populace.

Facing severe protests and criticism about not being able to control food prices, Pakistani Prime Minister Imran Khan reassured people on Sunday saying that agencies had launched in-depth probes into flour and sugar price hikes. Khan promised that those deemed responsible for any improper practices would be held accountable.

“I understand the difficulties ordinary people including salaried class are confronting and have decided, come what may, my government will be announcing various measures that will be taken to reduce prices of basic food items for the common man in Cabinet on Tuesday", the prime minister said in a tweet.

The Imran Khan government, which completed 15 months in January after a landslide victory in 2018, has asked government agencies to find the reasons behind the rising costs for these essential commodities.

“The nation should rest assured that all those responsible will be held accountable and penalised".

At the same time all the relevant govt Agencies have begun doing an in-depth probe into the flour & sugar price hikes. The nation should rest assured that all those responsible will be held accountable & penalised.

On 20 January, Khan's administration approved the import of 300,000 tonnes of wheat to end the prevailing wheat crisis, while on 7 February, during a high level review meeting, the government gave the green light to import 300,000 tonnes of sugar through the private sector.

Analysts and opposition parties have been blaming dodgy estimations about agriculture produce and the failure to act against hoarders as being behind the rising inflation in the country. On 7 February, opposition Pakistan Muslim League-Nawaz PML (N) announced a countrywide awareness programme to "expose" faulty economic policies of the current government.

“Now the economic situation has become so much worse that everything will collapse if this government continues to run for the next six months", economic advisory council of the main opposition party Pakistan Muslim League-Nawaz (PML-N) observed on 7 February while accusing the government of massive wheat and sugar scams.

A strike by transporters in Pakistan’s Karachi and a ban by the Punjab government on inter-provincial movement are also cited as reasons behind flour shortages in several regions of Pakistan.