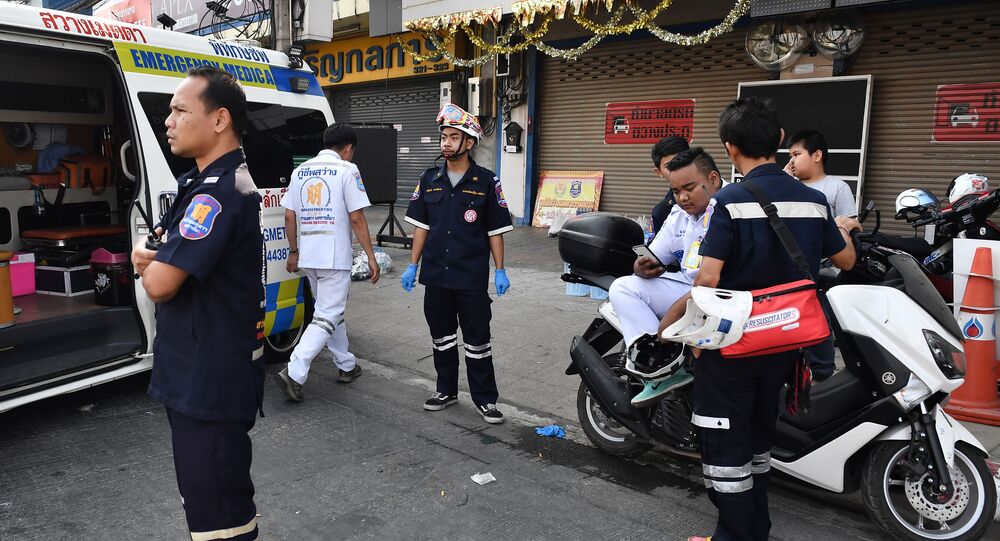 On Saturday, a man, who was later identified as an army sergeant, walked into a mall in Nakhon Ratchasima province and opened fire. It took several hours for the security forces to finally eliminate the shooter, who barricaded himself inside the building while also live-streaming part of the massacre on social media.

Thai Prime Minister Prayut Chan-o-cha stated that a shooting at the Terminal 21 shopping mall, in the centre of the city of Nakhon Ratchasima, also known as Korat, has claimed the lives of at least 27 people, including the attacker, and injured 57. According to the PM, the gunman went on a rampage due to a personal problem over the sale of a house.

After killing his fellow troops and a woman at a military base outside Nakhon Ratchasima, the shooter, armed with an assault rifle, headed to the mall, where he continued the massacre and reportedly took 16 people hostage.

People were seen leaving the mall in panic as gunshots were heard in the area.

Local police and soldiers had to storm into the Korat shopping centre while the soldier was engaged in a shooting rampage and assist hundreds of people in escaping, according to the Thai Defence Ministry.

Commander in Chief of the Royal Thai Army Apirat Kongsompong was also spotted arriving at the scene.

According to Thai media reports, the shooter's mother arrived at the scene in a bid to convince her son to surrender. The officers reportedly reached out to her as soon as the killer's identity was confirmed.

Thai Special Forces had examined all four floors of the main part of the Terminal 21 initially but did not locate either the shooter or the hostages he was said to be holding, as he managed to escape the building temporarily and entered into a shootout with special forces in the mall's parking garage, killing one serviceman and injuring two others.

#Thailand 🇹🇭 soldiers in the streets of in Nakhon Ratchasima, ongoing operation to arrest a rogue soldier who went on a shooting rampage

They want to secure the release of the hostages he is holding on the 4th floor in the mallhttps://t.co/BYv7VlEzYl https://t.co/jJbCcbwVrC pic.twitter.com/NK4CYZrZCQ

The shooter then barricaded himself inside the building, this time reportedly in the mall's basement, before the special forces could finally subdue the mass killer.

What Is Known So Far About Shooter's Identity

The shooter was identified as a 32-year-old Jakrapanth Thomma, a corporal in the Thai Royal Army, who was a shooting instructor in his unit, and also a sniper trained in the special forces program, according to the Thai Defence Ministry.

Before the mall massacre started, the shooter had reportedly shot and killed his commanding officer Col. Anantharot Krasae, as well as a fellow soldier and an elderly woman at Surathampithak military camp. He then hijacked a Humvee and drove off to the city centre.

While the shooter was active, he was simultaneously live-updating the carnage on social media adding messages "So tired", and "Are they dead? It's three people", before his profiles were deleted.

It is also known that just two hours before committing the crime the shooter posted a message on Facebook that said: "nobody can escape death".

While the motives behind the carnage were not initially clear, defence ministry spokesman Kongcheep Tantrawanit told reporters the shooter apparently "went mad".