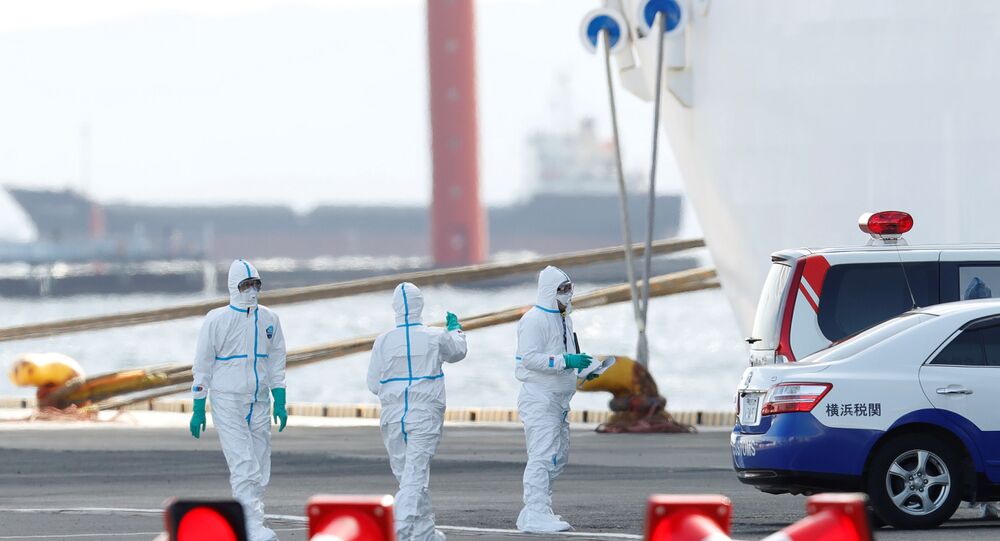 TOKYO (Sputnik) – The number of people, who have been infected with a new coronavirus on board of the Diamond Princess cruise ship off the Japanese coast, has risen from 61 to 64 within the past 24 hours, the Kyodo news agency reported on Saturday citing Japan's Ministry of Health.

The list of the recently infected people includes a Chinese citizen and two citizens of the United States, according to the Ministry.

The Diamond Princess cruise ship was quarantined off the Japanese port of Yokohama on Monday after reports that one of the passengers had the new type of coronavirus.

The passengers and crew members, who showed symptoms such as fever or were in close contact with those already infected, were tested for the virus and transported to medical institutions if they showed positive results.

Japan's Health Minister Katsunobu Kato earlier said that advised that the ship would be quarantined for two weeks, and all passengers would be required to remain on board. There are some 3,700 people on board of the vessel, including 2,666 guests and 1,045 crew members, according to Princess Cruises.

The new strain of coronavirus – 2019-nCoV – was first detected in the Chinese city of Wuhan, located in the province of Hubei, in December and has since spread to more than 25 countries. In mainland China, the virus has already left 722 people dead and over 34,000 infected. At least one fatality has been registered in the Philippines.

Last week, the World Health Organisation declared a global health emergency in light of the outbreak.