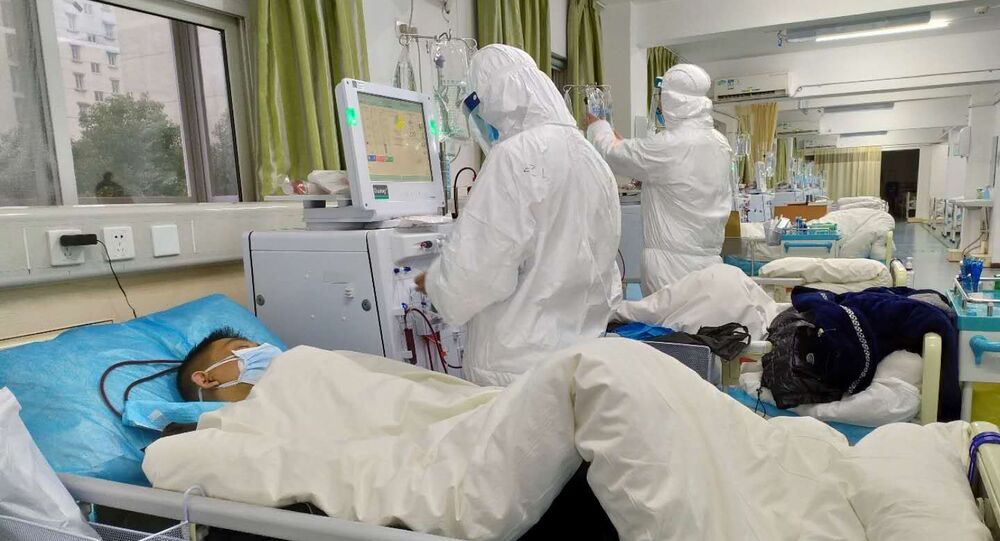 MOSCOW (Sputnik) - The Chinese authorities confirmed the death of Li Wenliang, the doctor in the city of Wuhan who first tried to warn the public about the possible outbreak caused by the new coronavirus, but said that he died of "work injury", the local broadcaster, Hubei Voice, said, citing the authorities.

According to doctors in other hospitals in Wuhan who knew him, Li died on Thursday evening after contracting the new coronavirus. The hospital where he was treated confirmed his death in the early hours of Friday.

Nonetheless, the broadcaster reported, citing the Chinese authorities, that the doctor died due to an "accidental injury at the workplace during working hours".

Li warned the public about the Severe Acute Respiratory Syndrome (SARS)-like virus in late December via social media. He was then summoned by the police and accused of spreading false information because the new virus could not be confirmed to be exactly the same as the SARS coronavirus.

© REUTERS / LIM HUEY TENG
Malaysia Announces 2 Coronavirus Cases Among Wuhan Evacuees - Reports
Li’s warnings were ignored for more than 20 days by the local authorities in Wuhan. Li began coughing and developed a fever after treating patients infected with the new virus, according to his post on Weibo from 11 January. On 1 February, the whistle-blower doctor wrote on his social media account that he had been infected with the new coronavirus.

The virus has already left more than 630 dead and over 31,000 infected in China.