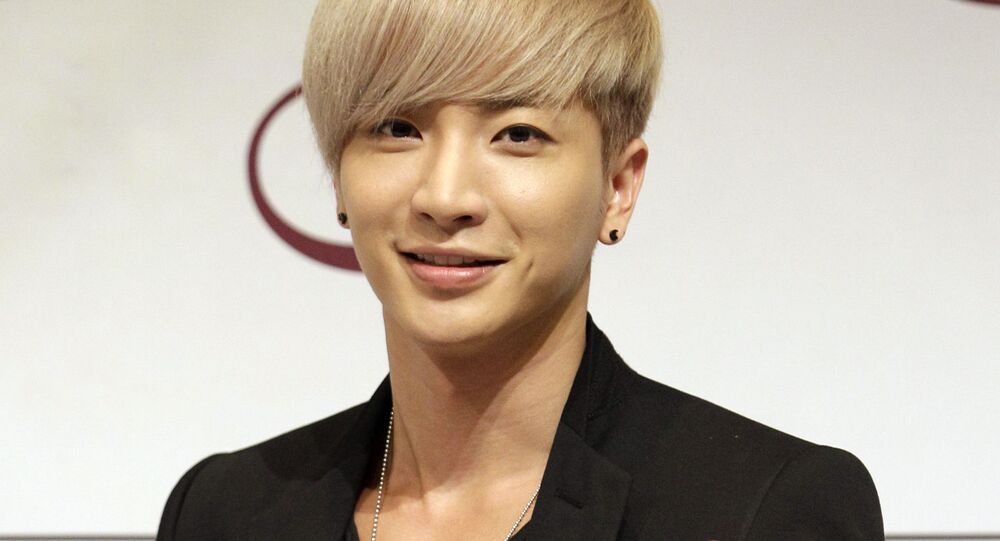 During his Instagram live the leader of Super Junior's K-Pop boy band requested those fans who continue to call him to desist.

Leeteuk (real name Park Jeong-su) complained that his number was leaked after he had an IG live on 6 February to inform fans of Super Junior that he had arrived in Japan to perform a concert in Osaka in a framework of "Super Show 8" tour.

The leader of the K-Pop boy band said that as a result he was receiving a lot of calls and he asked people not to call him again.

​Unfortunately, this is a common thing among so-called 'sasaeng' fans of Korean idols, who will try basically anything to reach and catch their fav's eye.

Leeteuk and another Super Junior member Heechul have already suffered from the actions of obsessive fans: they got involved in a car accident after being chased by eight fan's vehicles in Singapore back in 2011. Heechul is still suffering from the after-effects of the crash and is now afraid to drive.

Despite the unwanted attention, Leeteuk recently tried his chances in a new field entirely - as an author. He has even published a cookbook with recipes that he makes at home himself. It has a huge variety - from simple everyday meal to desserts. He is quite well known already for being good at cooking, and he has even hosted the EBS 1TV show "The Best Cooking Secrets" since 2017.

In his main activity as a singer - Super Junior made a successful comeback with the repackage of "Timeless" on 28 January with its lead single produced by Zico, ex-member of Block B.