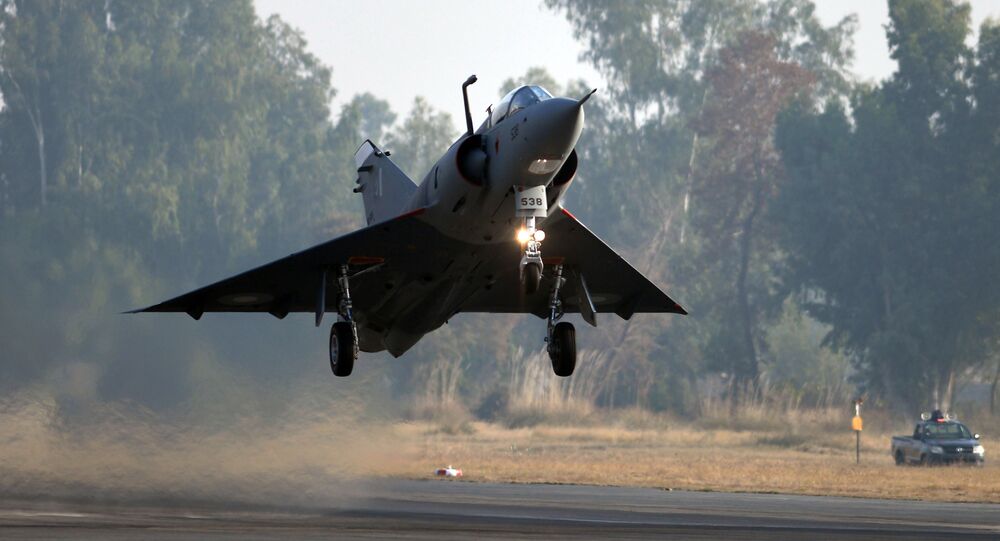 An accident with a Mirage combat jet has taken place during a training flight near Shorkot city, Punjab province, according to Pakistan news website Arynews.

The Air Headquarters has formed a committee to investigate the causes behind the crash, Pakistan news website Arynews reports.

According to reports, there are no victims or damage as a result of the crash.

Both pilots are safe ,

​In January, two Pakistani air force pilots were killed in a PAF FT-7 aircraft crash during a training flight in the Mianwali district, where M.M. Alam airbase is located.

Pakistan's Air Force has been operating Mirage combat jets for the last five decades. Despite the introduction of the JF-17, the force has put the retirement of the Mirage on hold due to the absence of better alternatives.

Over the past five decades, Pakistan has acquired nearly 150 Mirage III/V fighters. The force has previously also bought retired Mirage-III jets from Australia.