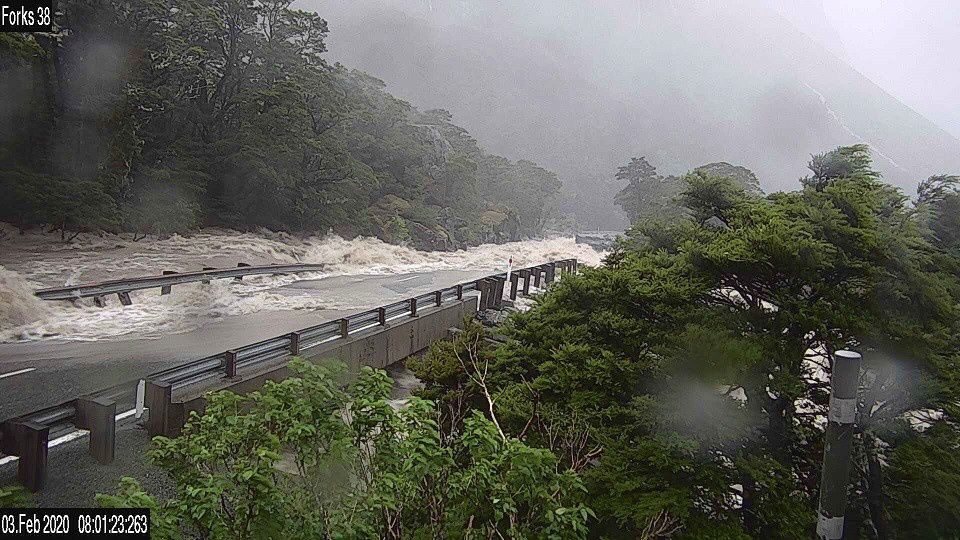 NEMA has declared a state of emergency in the Southland region, where Milford Sound is located.

© REUTERS / New Zealand Transport Agency
Road Partially Submerged in Floodwaters in New Zealand
© REUTERS / @ALLESSANDROKAUFFMANN
Death Toll in Volcano Eruption in New Zealand Rises to 16 - Police
In December, a volcano on New Zealand's White Island erupted killing 20 people. Shortly thereafter, Prime Minister Jacinda Ardern launched an inquiry into why tourists were allowed on the island while the volcano was active. It was previously reported that two people were still considered missing, but police are now confirming that they died from the natural disaster.

Out of the total number of victims, 17 have reportedly been confirmed as Australian citizens and two of them died in hospitals upon returning to their home country.