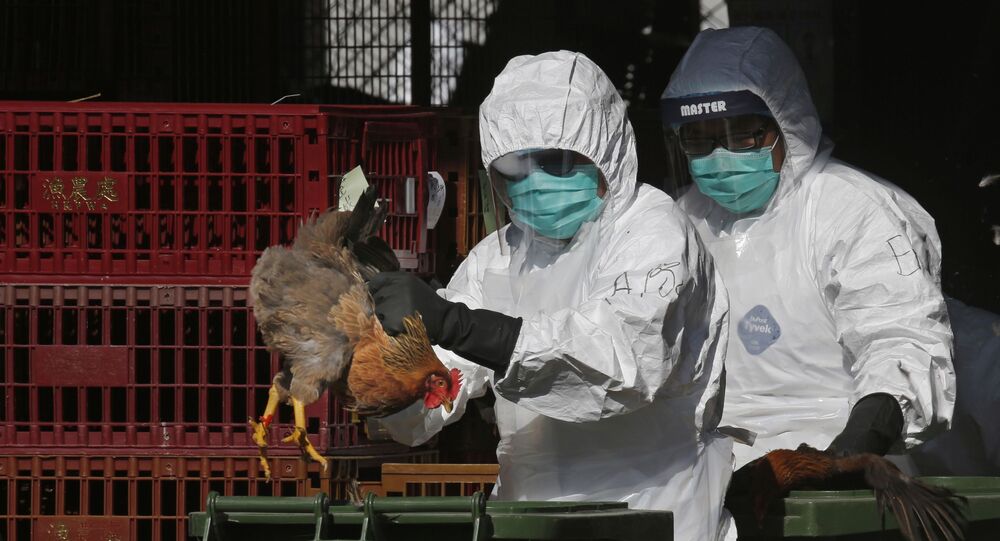 While the Wuhan coronavirus death toll continues to increase, China has reportedly been hit by another dangerous infection, as local authorities have detected a new strain of the H5N1 virus, commonly know as the bird flu.

The Chinese Agriculture Ministry said on Sunday a new outbreak of the H5N1 bird flu in the Hunan province, but asserted that no case of human exposure has been registered.

"An outbreak of highly pathogenic H5N1 avian influenza occurred at a farm in the Shuangqing district of Shaoyang city, Hunan province", the statement said, adding that the infected farm had an estimated 7850 head of poultry and that some 4500 birds have died from the illness.

The viral strain of H5N1 has reportedly killed dozens across the globe over the last several decades. An outbreak of the bird flu was reported in 2009-2010 and again in 2013-2014. Both times, the World Health Organization (WHO) and the international community made a concerted effort to contain the spread of the dangerous infection.

According to medics, the bird flu - first discovered among avian species in Southeast Asia - is a highly contagious type of influenza virus that can be easily transmitted among humans. Unlike the current epidemic of the Wuhan coronavirus, however, the so-called bird flu is curable as WHO developed a vaccine against this type of infection.

© REUTERS / Kim Kyung-Hoon
Chinese Central Bank Promises Support for Coronavirus-Affected Companies
The province of Hunan is a neighboring region to Hubei province - the epicenter of the Wuhan coronavirus - and has recently seen the death toll increase to 304 with 13,983 people under intensive treatment.

According to the latest data, the total number of recovery cases stands at 331.

The so-called Wuhan coronavirus was first detected in the central Chinese city of Wuhan in December 2019. The outbreak has since spread across the entirety of the China mainland and beyond, with new cases recorded in at least 20 other nations.

The WHO has declared the Wuhan coronavirus a public health emergency of international concern.

Authorities across the globe have ramped up measures to contain the spread of the infection by suspending air traffic with mainland China, and screening or quarantining travelers with even slight traces of flu-like symptoms.