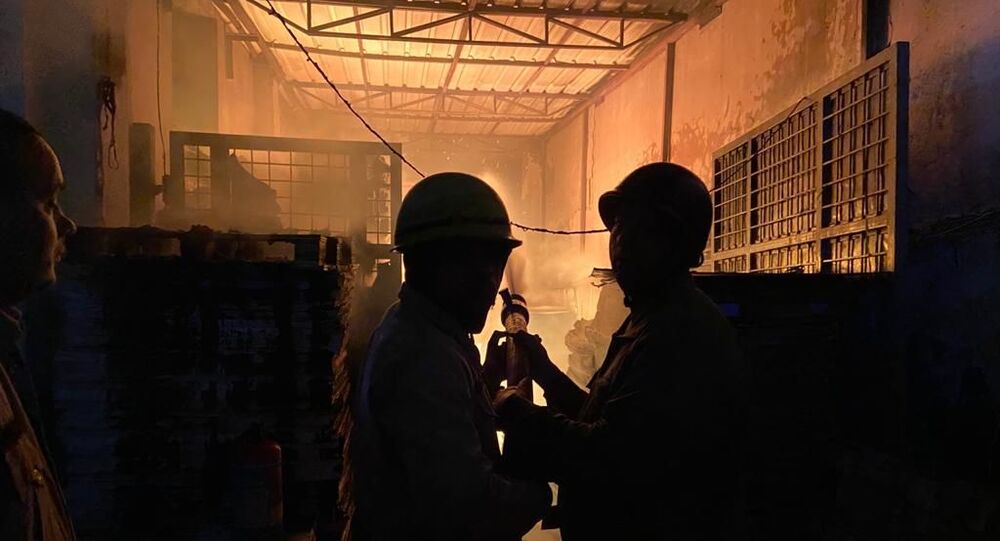 One Dead, 300 Evacuated After Ammonia Gas Leak in Delhi Suburb

New Delhi (Sputnik): Fire department officials told reporters that the ammonia gas that got mixed with the air in and around the building had been diluted.

A 42-year-old worker died due to an ammonia gas leak at Indian confectionary major Haldiram’s building in the Delhi suburb of Noida, and nearly 300 people were evacuated to safety following the incident.

Ammonia is a colourless and pungent smelling gas, often used as a refrigerant, that can cause a burning sensation in the eyes, nose, and throat, as well as even result in death in cases of exposure to high concentrations of the gas.

The leakage occurred at 12 p.m., following which the National Disaster Response Force (NDRF), police, and firefighters were deployed to the scene, Indian media agency PTI quoted an NDRF official as saying.

There were two adjoining units of Haldiram's in the building - production and maintenance, he added.

“The gas leak had occurred through the valve of one of the four ammonia condensers in the maintenance unit where around 22 people were working and evacuated. One of them was taken to a hospital, where he died later”, NDRF Assistant Commandant Anil Kumar Singh said

The deceased has been identified as Sanjay Kumar.

Meanwhile, the building where the incident took place has been marked as isolated.

“The situation was brought under control by 47 NDRF personnel by 3 p.m. after an alert call was received on emergency helpline 112”, a Noida police spokesperson told media.