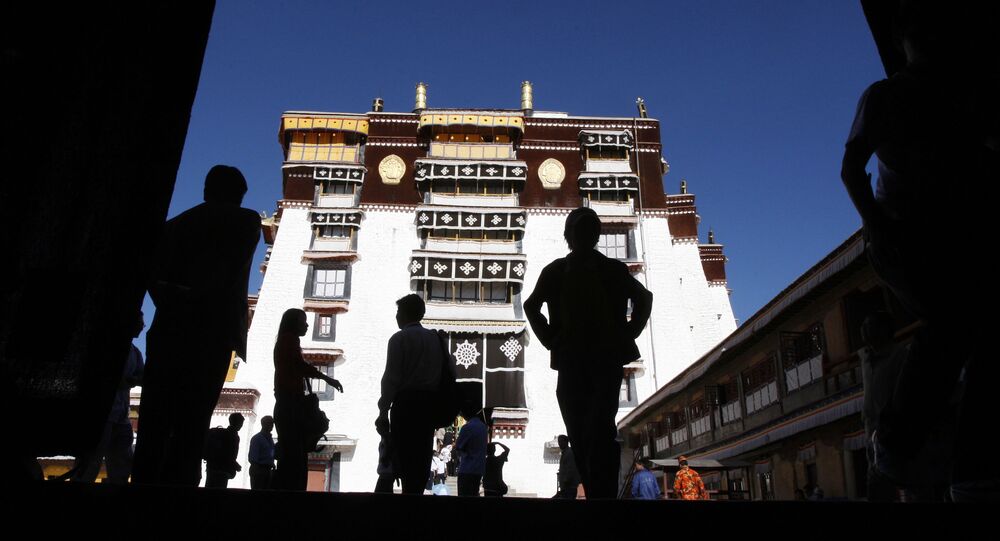 New Delhi (Sputnik): The Potala Palace, a UNESCO-recognised World Heritage Site, is a massive fortress that is known as the official residence of Tibetan spiritual leader the Dalai Lama in the Lhasa Valley in southwest China's Tibetan Autonomous Region.

In response to Beijing's Sunday announcement that the Potala Palace, the residence of the Dalai Lama, the spiritual leader of Tibetan Buddhism, would be shut down from 27 January until further notice to prevent the spread of the Novel Coronavirus, the Deputy Speaker of the Tibetan Parliament in exile, Acharya Yeshi Phuntsok, condemned the move.

“China is playing politics over his holiness' palace. UNESCO should be careful about how China is handling Potala Palace as it is a world heritage site,” Phuntsok told ANI from India’s Dharamshala city, home to Tibetan government-in-exile.

The Chinese government stated over the weekend that the temporary shutdown of the palace was a step to contain the rapid spread of Coronavirus.

The Potala Palace in Lhasa, southwest China's Tibet Autonomous Region, will be closed until further notice amid #CoronavirusOutbreak pic.twitter.com/KW9ANQpnMS

The total number of confirmed deaths due to the new virus, which was first detected in the central Chinese city of Wuhan in December 2019 and has spread to at least 15 countries, has risen to 170. Tibet remains unaffected as of yet.

It’s Time for India to Refrain from Unrealistic Targets, Say Analysts Ahead of National Budget