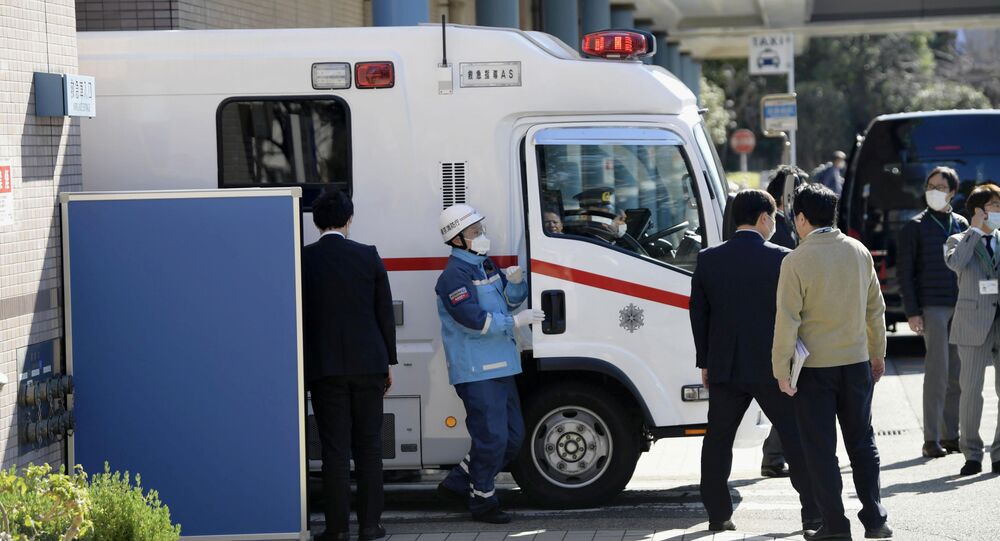 MOSCOW (Sputnik) – The Japanese government decided on Thursday to create a task force to prevent the further spread of a new coronavirus, the NHK broadcaster reported.

According to the broadcaster, the task force will hold its first meeting later on Thursday.

Japanese Prime Minister Shinzo Abe and his government are going to confirm their determination to fight the spread of the disease.

Earlier in the day, the Japanese Health Ministry said that three out of 206 people, who had been evacuated from China, were infected with the new coronavirus.

A man and a woman tested positive despite having no symptoms of the disease, while another man had a sore throat and a fever.

The novel strain of coronavirus was first detected in the central Chinese city of Wuhan in December and has since spread within China and to at least 15 other countries, including Japan. The epidemic has already left 170 people dead in China as well as 7,711 more infected.

© REUTERS / THOMAS PETER
Ignoring WHO Praise, Pundits With ‘No Skills or Expertise’ Use Coronavirus to Attack China
The coronavirus, dubbed 2019-nCoV, or more commonly the Wuhan coronavirus, has prompted authorities around the globe to impose special screenings at airports for flu- and pneumonia-like symptoms, particularly for passengers arriving from China.

A number of major international airlines announced the suspension of flights to and from China.