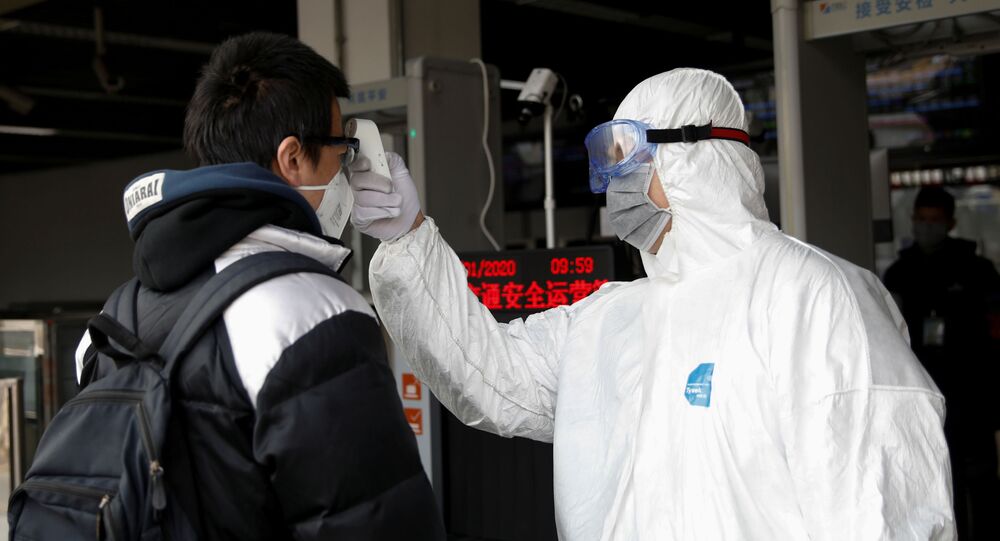 The World Health Organization (WHO) earlier upgraded the global risk degree of the deadly coronavirus, from "moderate" to "high," as the total number of 2019-nCoV cases confirmed globally continues to rise.

Chinese authorities on Tuesday said that the number of registered cases of the new coronavirus across the entire nation had increased to 4,515, and placed the current death toll at 106.

Authorities from the Chinese province of Hubei said earlier that at least 100 people have died as of 27 January from a new and deadly coronavirus dubbed 2019-nCoV and confirmed that the number of registered cases in the region had risen to 2,714.

On Monday alone, Hubei authorities confirmed 1,291 cases, of which 24 were fatal.

© REUTERS / ANNEGRET HILSE
Germany Confirms First Case of New Chinese Coronavirus - Ministry of Health
Authorities in the Chinese city of Tianjin have implemented wartime measures in a bid to curb the spread of the epidemic and ordered the creation of a separate single medical facility to combat the spread of the deadly infection.

Governments across the world have been on high alert amid the outbreak of a new epidemic first reported in late December 2019.