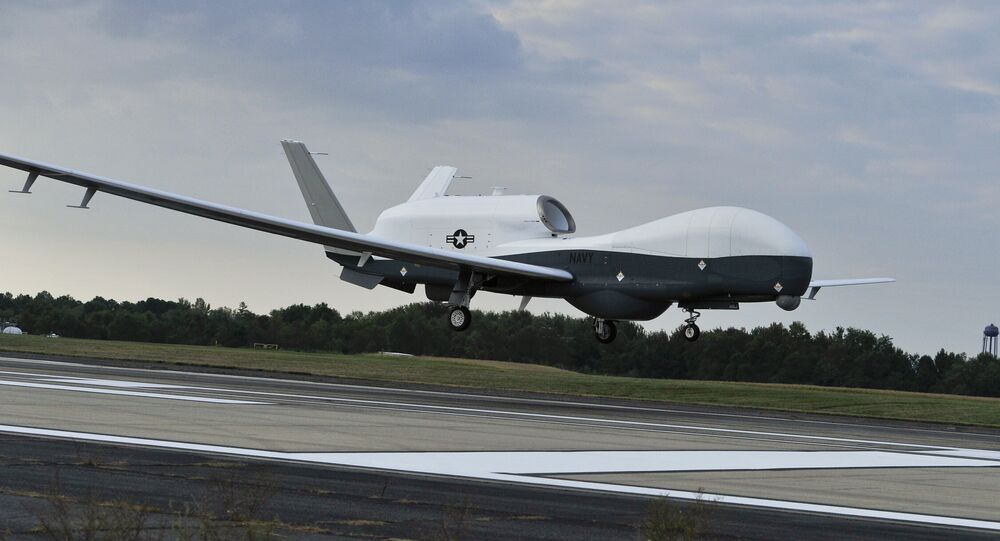 The US Navy’s Pacific Fleet has sent the first two MQ-4C Triton unmanned aerial vehicles to Guam, where they will greatly enhance the Pentagon’s surveillance capabilities in the Western Pacific and East Asia.

Two long-range spy drones have arrived at Andersen Air Force Base on Guam, where they will compliment other US Navy intelligence assets such as the P-8A Poseidon and P-3 Orion, according to a press release by the US Navy’s Seventh Fleet.

“The introduction of MQ-4C Triton to the Seventh Fleet area of operations expands the reach of the US Navy’s maritime patrol and reconnaissance force in the Western Pacific,” Capt. Matt Rutherford, who commands the Seventh Fleet’s patrol, reconnaissance and surveillance forces, said in the release. “Coupling the capabilities of the MQ-4C with the proven performance of P-8, P-3 and EP-3 will enable improved maritime domain awareness in support of regional and national security objectives.”

Guam is a US territory that sits in Micronesia, part of the same string of islands that form the Marianas chain, about 1,900 miles southeast of the Chinese coast.

While according to maker Northrop Grumman, the Triton has an operational range of 8,200 miles, its mission radius is barely 2,000 miles, meaning the Tritons will be used primarily to monitor events of a nautical nature, although about one-third of the South China Sea, where China has been steadily expanding and fortifying its hold on tiny islets and its claim over the waterway, are also within reach of Tritons on Guam.

The two Tritons that arrived on Sunday are the first to enter full service, the press release notes. Their huge wingspans make them the largest unmanned aerial vehicles in US military service and enable them to soar up to altitudes of 65,000 feet for up to 30 hours at a time. A 2015 estimate by the Government Accountability Office judged the spy drones to cost roughly $120 million per unit, however, making them valuable pieces of equipment.

The report notes that Tritons will eventually operate from five land-based sites. Their deployment to Guam was delayed when one aircraft crashed in California in 2018 during a training flight.

The Navy plans to purchase 68 of the spy drones, which are specialized versions of the Air Force’s RQ-4 Global Hawk optimized for the unique conditions of operating near waterways, to replace the aging P-3 fleet. Stars and Stripes noted some of the improvements include stronger wings able to withstand bird strikes and quick changes in altitude, and electrical systems better able to withstand power surges from lightning strikes.

Washington has also sold six Triton drones to Australia - with a possibility of providing another 10 - and four to Germany, Breaking Defense noted.