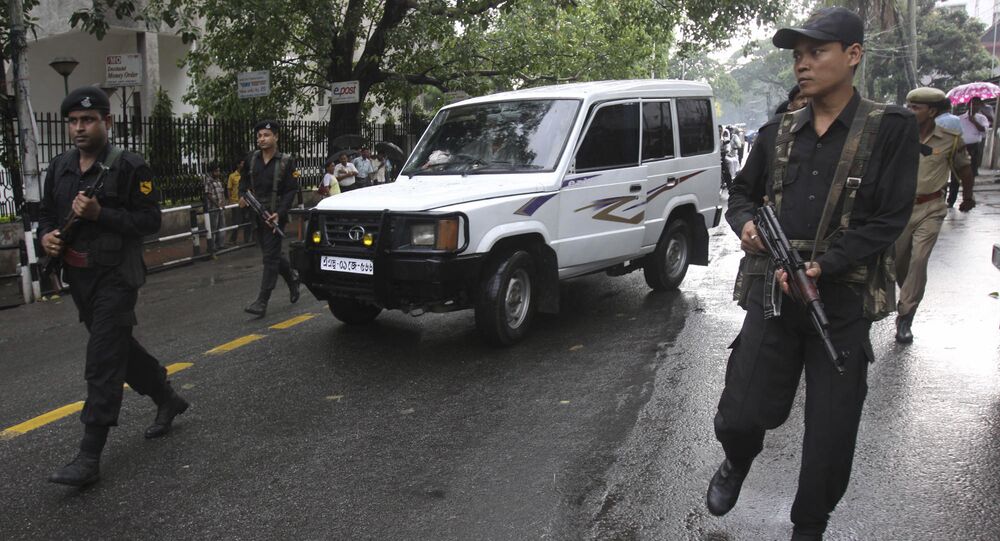 New Delhi (Sputnik): Bodos, who have a long history of armed rebellion demanding the formation of a separate state called Bodoland, comprise nearly 5-6 percent of India’s northeastern Assam, recognised as the largest tribal community in the state.

India’s federal government on Monday reached an agreement with a banned militant group of the Bodo tribe of Assam, Democratic Front of Bodoland (NDFB) – a deal which would offer them political and economic leverage sans their prime demand for a state of their own dubbed “Bodoland”.

As a result, a tripartite agreement was signed between the federal government, the provincial Assam government, and the NDFB. The All Bodo Students' Union (ABSU) which spearheaded the agitation for a separate state for Bodos, is also a signatory to the pact.

“In three years, a $211 million (Rs 1,500 crore) financial package will be given for Bodo Territorial Council. Assam and the federal government is committed for rehabilitation of NDFB cadres. The families of those killed in the Bodo movement will get half-a-million (Rs 5 lakh) each", he added.

Assam’s Minister Himanta Biswa Sarma said the pact has affirmed the territorial integrity of the state.

Meanwhile, Somnath, President United People’s Party (Liberal), told Sputnik, “We believe this agreement would bring peace, harmony and inclusive development. This agreement is not only for Bodos but for every tribe in the region".

Bodos, the earliest settlers in Assam, are the largest ethnic group of northeast India with 1.3 million people. The Bodo insurgency began in 1947 with the demand for better social, political and economic conditions, as they claimed they were neglected by the non-tribal population of Assam.