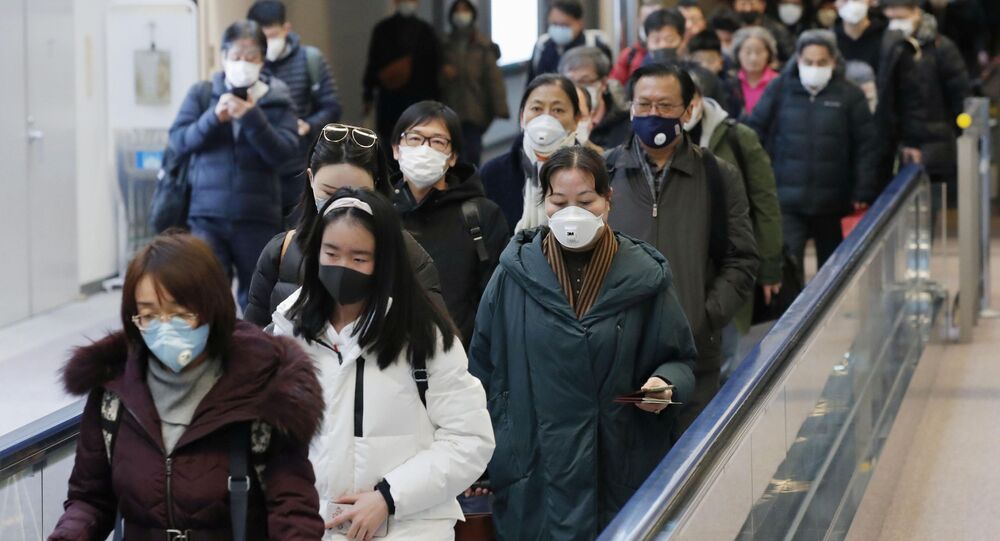 BEIJING (Sputnik) - More than five million people have left Wuhan since the beginning of the outbreak of the fatal coronavirus, the city’s mayor Zhou Xianwang said on 26 January.

"Under the influence of the New Year and the epidemiological situation, more than five million people have left Wuhan now, nine million more remain in the city", Zhou Xianwang said at a briefing.

Wuhan has been under virtual lockdown since 23 January as Chinese authorities are taking drastic measures to contain the spread of the never-before-seen virus which is said to have originated from a local seafood market. Authorities have suspended all transportation in and out of the city and advised its citizens to stay indoors if possible.

Earlier in the day, China's National Health Commission director Ma Xiaowei told reporters that the virus’ spreading appears to be accelerating despite mitigation efforts, with the latest estimates placing the number of dead at 56 with nearly 2,000 infected.

The previously unknown coronavirus has resulted in 56 deaths according to the latest official numbers, with over 2,000 confirmed infected. China has taken drastic steps to contain the spread of the virus by placing quarantines on large regional cities and restricting travel across the country and beyond.

Internationally, infections with the coronavirus have been detected in South Korea, Japan, France, Portugal, the United States among others.