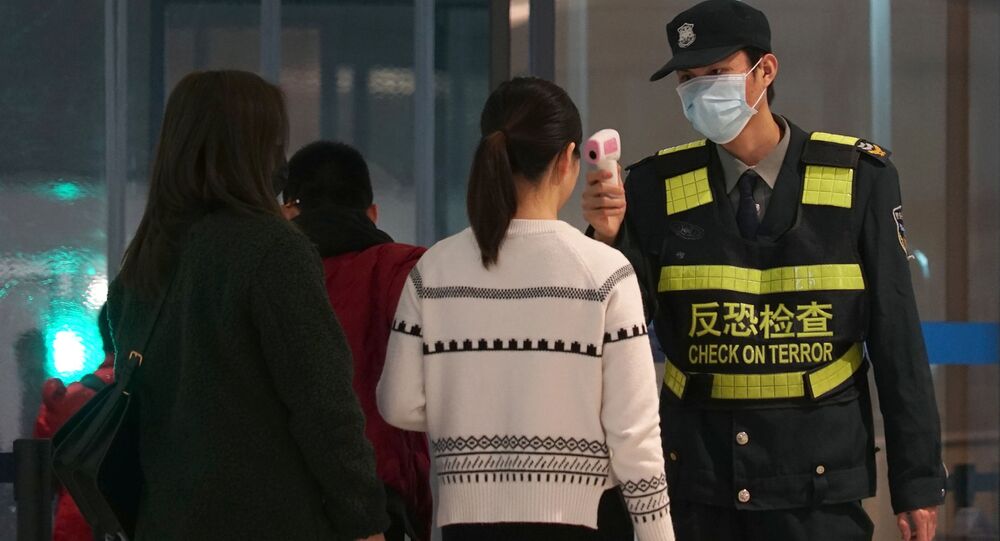 According to the Chinese authorities, there are currently over 1,970 confirmed coronavirus cases in the country, while the death toll stands at 56. Other cases have been registered in Portugal, Canada, Thailand, Japan, South Korea, Vietnam, Singapore, Nepal, France, the US, Malaysia, and Australia.

The city of Shantou in Guangdong Province won't ban cars, ships, and people from entering despite the previous announcement, local state media STRTV reported. The authorities, however, will strengthen disease controls, letting vehicles in only after disinfection.

According to Reuters, the coastal city, which is situated 800 km (500 miles) from Wuhan, will impose a temporary ban on buses, taxis, and ferries, starting Sunday. 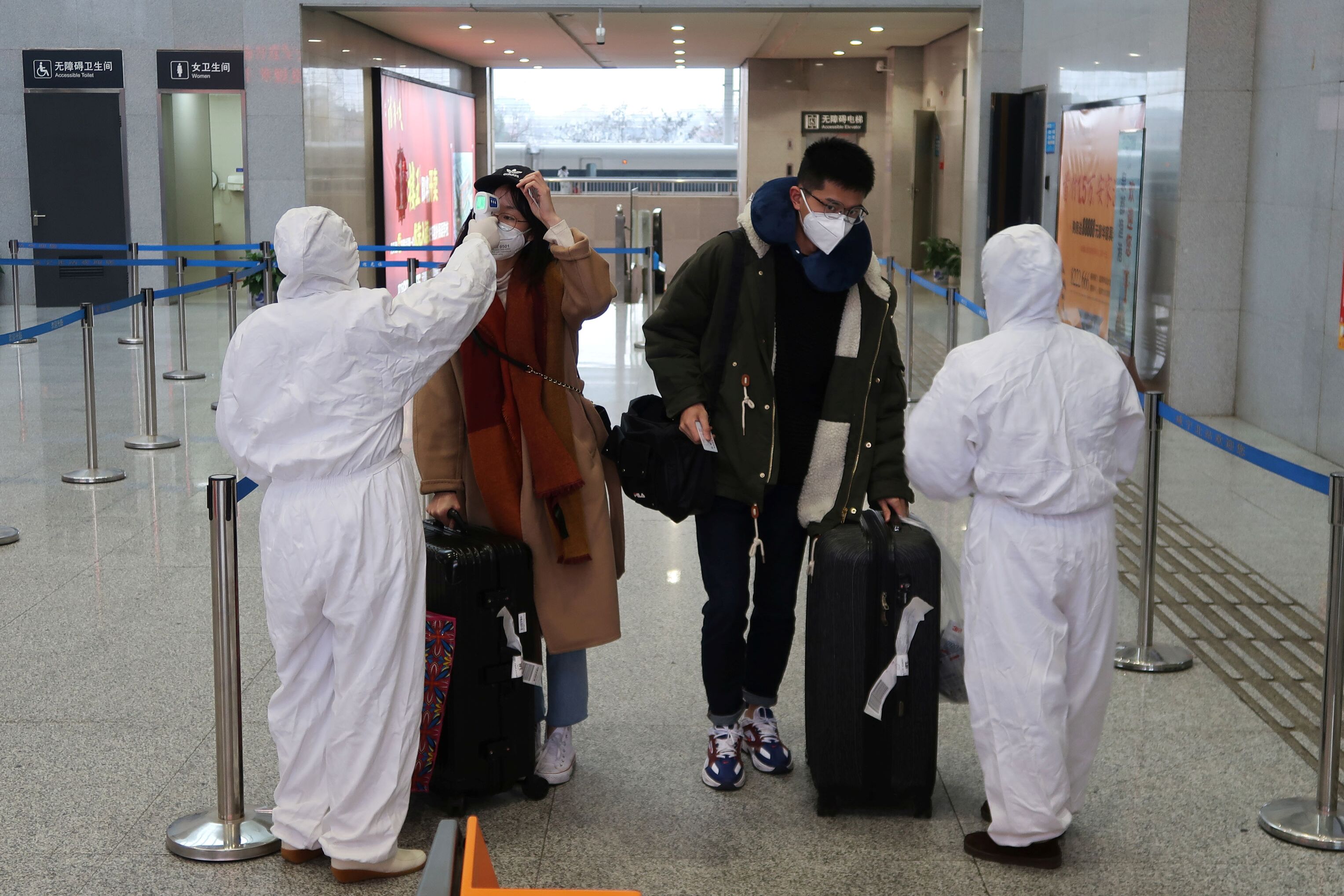 © REUTERS / Martin Pollard
Workers in protective suits check the temperature of passengers arriving at the Xianning North Station on the eve of the Chinese Lunar New Year celebrations, in Xianning, a city bordering Wuhan to the north, in Hubei province, China January 24, 2020

Previously, other major cities, including Beijing suspended intercity bus services in order to curb the spread of the virus.

In the meantime, the official newspaper China Daily reported, citing authorities, that the Chinese Centre for Disease Control and Prevention has started developing a vaccine against the deadly coronavirus.

In Wuhan, where the virus originated, a travel ban was imposed on residents, while numerous cities in Hubei Province officially suspended transport connections due to the outbreak. The authorities are also constructing two hospitals in the quarantine zone in order to fight the virus.

Meanwhile, the possible threat has also caused the suspension of Chinese New Year celebrations in Beijing.