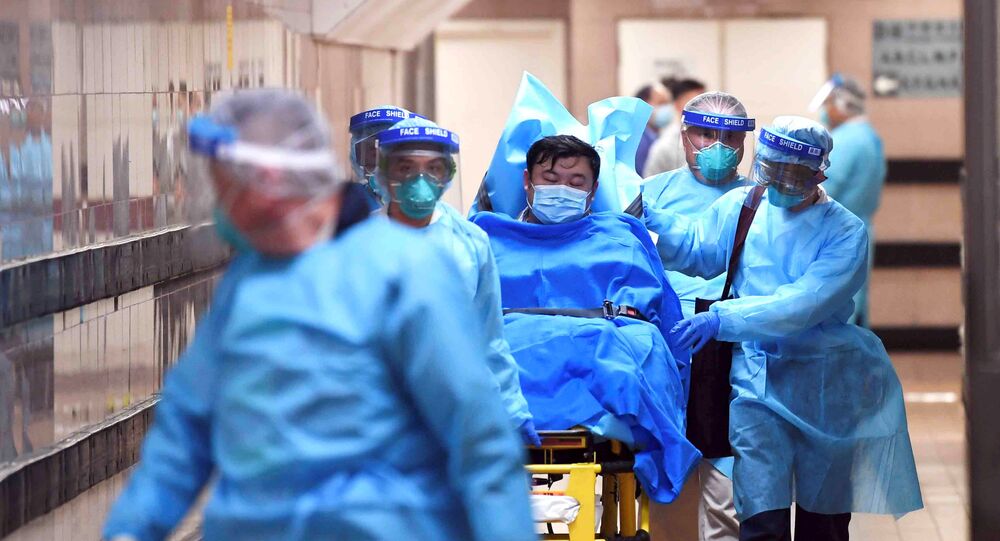 On 23 January, officials in Singapore confirmed the first case of Wuhan coronavirus, the outbreak of which was first reported by Chinese authorities in late December.

Two more cases of the deadly coronavirus have been confirmed in Singapore, bringing the number of those infected to three, Reuters reported citing the health ministry.

Singapore’s health ministry also reportedly said that it expected more cases of the virus to appear in the country due to a large number of people travelling from China.

On Thursday, Singaporean officials stated that one Chinese national had tested positive for the Wuhan virus, which has reportedly killed more than 20 people in China.

The number of confirmed cases of the new coronavirus has risen to at least 800 in China, but incidents of the virus have also been recorded outside the country, including the United States, Japan, South Korea, and Thailand.

The new and unknown type of pneumonia was first detected in the Chinese city of Wuhan in late December, leading to the suspension of public transport in and out of the city to prevent the spread of the virus. It has also been reported that a large number of medical workers could be affected by the disease in Wuhan, much higher than the official figure of 15, the South China Morning Post said on Friday.

© AP Photo / Dake Kang
Total Number of Coronavirus Cases in China Rises to 830, 25 Deaths - Report
Chinese authorities are now allegedly building a hospital dedicated to treating those infected by the virus, with precautionary measures being taken around the country, including restricted transportation in at least 10 cities and cancelling traditional Lunar New Year celebrations. The World Health Organisation, meanwhile, has said that it is too early to declare the new coronavirus a global emergency.
...
Reddit
Google+
Blogger
Pinterest
StumbleUpon
Telegram
WhatsApp
71
Tags:
Wuhan, coronavirus, Singapore, China
Community standardsDiscussion
Comment via SputnikComment via Facebook