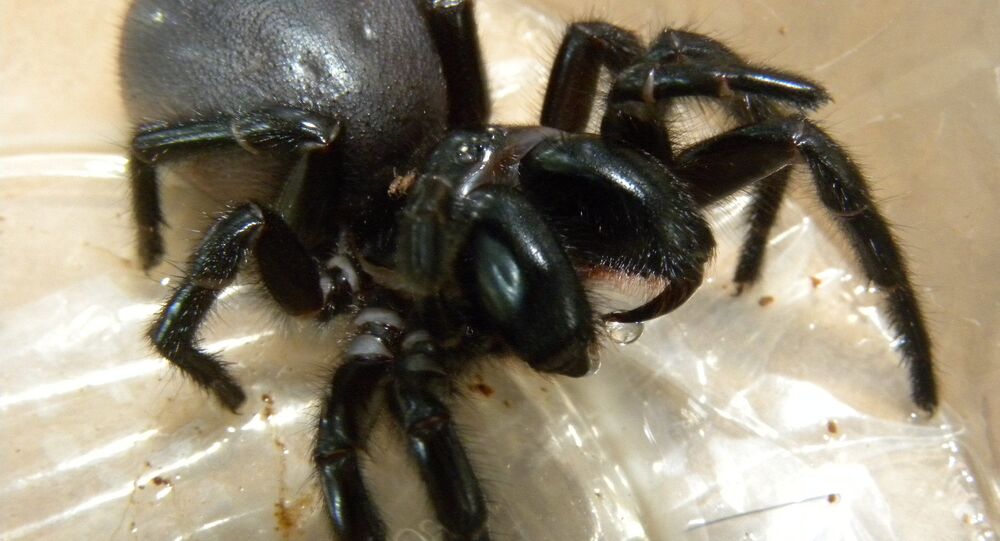 Mother Nature is not yet done inflicting all kinds of trouble on Australia, after the worst wildfires in decades, severe flooding, dust storms, and hail have hit the continent.

An outbreak of highly venomous spiders has made it to the list of Australia's biggest climate worries.

The New South Wales–based Australian Reptile Park issued a warning on Tuesday about an increase in spider activity.

“Funnel-web spiders are potentially one of the most dangerous spiders on the planet, in terms of a bite towards humans, and we have to treat it very seriously,” he added.

The funnel-web spider is native to Australia, but the only species so far known to be dangerous to humans, the Sydney funnel-web spider, lives in the eastern part of New South Wales and in the southeast of neighbouring Queensland.

A bite from this creepy, crawly beast can kill a human in just 15 minutes; it is often painful and can lead to hypertension and an elevated heartbeat, according to the park’s website.

Although there have been 13 recorded deaths from funnel-web spider bites in Australia, there hasn’t been a single death since an anti-venom was developed in the early 1980s.

Funnel-web spiders often seek shade in homes and backyard swimming pools, where they can survive under water for up to 24 hours.

To avoid dangerous contact, arachnologists advise Australians not to leave clothes and shoes on the floor, check shoes before putting them on, and always wear footwear at night.

Since the anti-venom for spider bites is made from their venom, Daniel Rumsey has encouraged people to catch spiders and put them in jars, rather than killing them, and leaving them at special drop-off centres.

The spider outbreak comes after a tropical cyclone brought severe thunderstorms and light-to-moderate rain to fire-ravaged southeastern Australia last week. The rain doused some of the fires but failed to contain all of them, with 60 blazes still burning.

Australia has seen its worst bushfire season in decades, with large parts of the country affected since it began in late July. At least 28 people have died nationwide and over one billion mammals, birds, and reptiles are estimated to have perished.