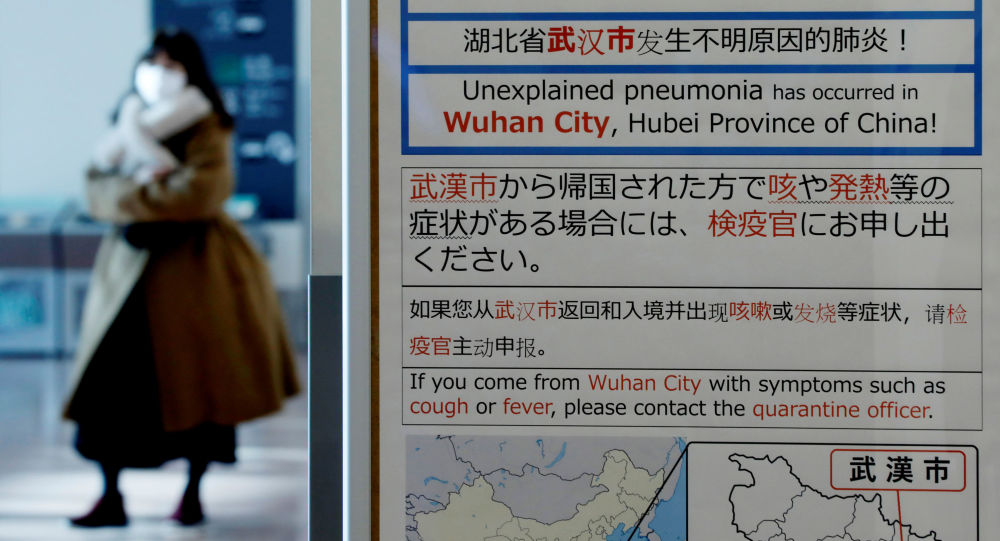 As of today, a total of 440 cases of coronavirus have been registered in China, in an outbreak of a previously unknown type of pneumonia which has now been identified as a new type of coronavirus, according to local authorities.

At least 13 Chinese provinces are affected with the virus, Li said.

Just in: Wuhan forbids social assemblies and livestock and wild animals import, says China’s National Health Commission minister Li Bin. 440 cases of the new #WuhanCoronavirus has been confirmed in China and the #coronavirus results in 9 deaths so far. 13 provinces are affected. pic.twitter.com/Co2QQgzgvm

Another National Health Commission's official also said the authorities would boost training for medical workers nationwide, as medical personnel who treated the diseased patients have also been affected. He added that the infection of medical staff indicated the drawbacks in the treatment methods.

In late December, the health authorities registered an unknown virus outbreak in Wuhan, the capital of Hubei province, which was later confirmed as a new type of coronavirus and denoted as 2019-nCoV by the World Health Organisation.

Cases of pneumonia caused by the Wuhan coronavirus have been reported in Thailand, Japan, South Korea, and the United States. China's health authorities have confirmed that the virus can be passed from one person to another. On Wednesday, Macau also confirmed its first case of the Wuhan coronavirus, China's state news agency Xinhua reported.

On Tuesday, the US National Institutes of Health (NIH) announced that it had started working on the development of a vaccine that could cure the new coronavirus strain.

The Wuhan coronavirus outbreak coincides with the Lunar New Year holidays when millions of Chinese tourists travel around the country, which has sparked major concerns about the virus possibly turning into an epidemic.