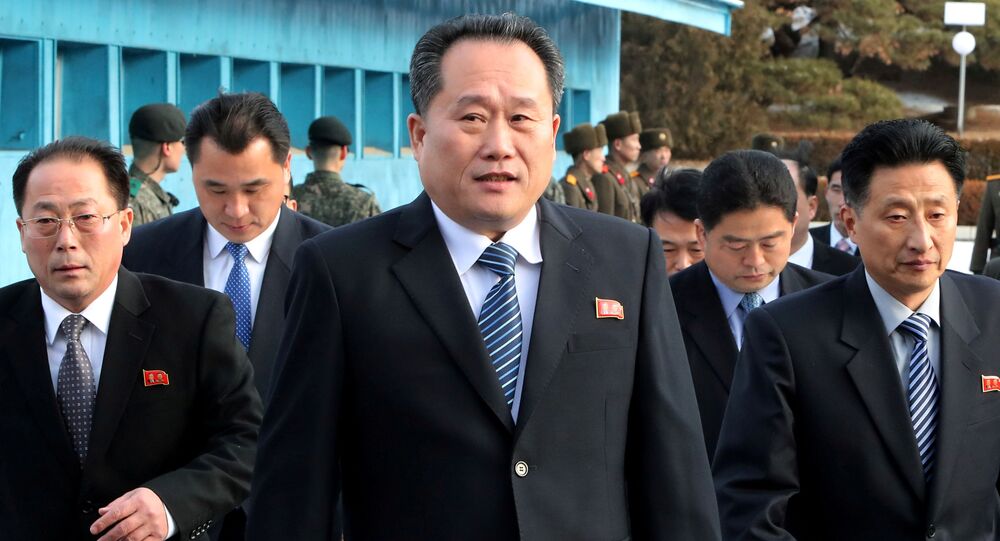 SEOUL (Sputnik) - According to the Yonhap News Agency, ambassadors in Pyongyang have been notified of the appointment. The former CPRC chief, who has previously headed North Korean delegations during high-level talks with South Korea, will reportedly replace outgoing Foreign Minister Ri Yong-ho.

North Korea has appointed Ri Son-gwon, the former head of the Committee for the Peaceful Reunification of the Country (CPRC), as the country’s new foreign minister, South Korea’s Yonhap News Agency reported on Sunday, citing sources in Pyongyang.

The agency stated that the replacement of Ri Yong-ho, a specialist in conducting diplomacy with the United States, could indicate Pyongyang’s lack of intention to continue denuclearisation talks with Washington. The outgoing foreign minister held the post for four years, and travelled with North Korean leader Kim Jong-un to the US-North Korean summits that were held in February and June last year, the agency reported.

US-North Korea denuclearisation negotiations have been in limbo since the North Korean delegation walked away from negotiations that took place in Sweden in October, frustrated by Washington’s unwillingness to offer any concessions.