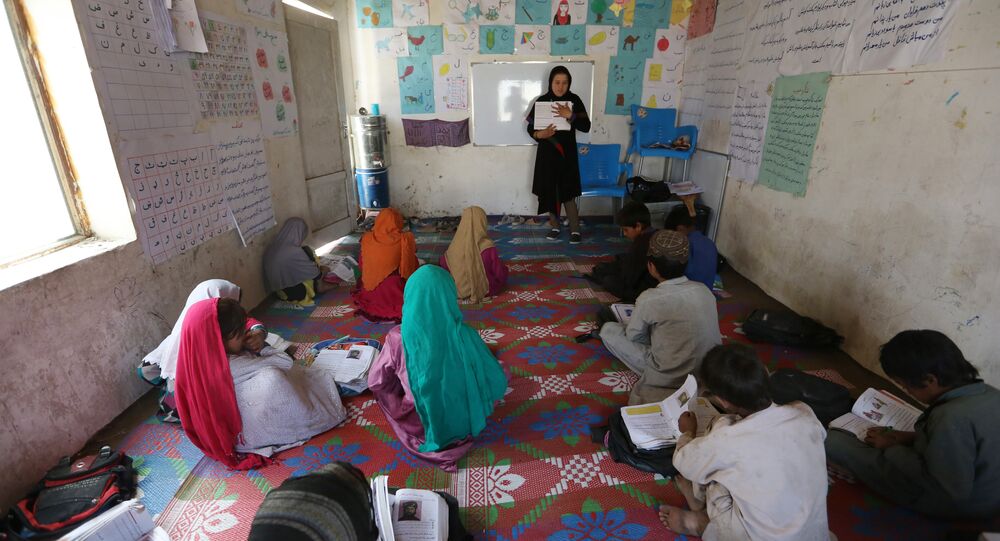 Washington’s top watchdog for rebuilding war-torn Afghanistan has blasted the way reports about the reconstruction process have been falsely exaggerated for years, telling US lawmakers on Wednesday there’s a “disincentive to tell the truth” in reports to Congress.

"There's an odor of mendacity throughout the Afghanistan issue ... mendacity and hubris," John Sopko, who heads the Special Inspector General for Afghanistan Reconstruction (SIGAR), told the House Foreign Affairs Committee on Wednesday. "The problem is there is a disincentive, really, to tell the truth. We have created an incentive to almost require people to lie."

Sopko was summoned before the committee following the revelations about fraud, misconduct and misreporting unveiled in the Afghanistan Papers late last year, which were compiled by Washington Post reporters largely from documents obtained from SIGAR via lawsuits.

"When we talk about mendacity, when we talk about lying, it's not just lying about a particular program. It's lying by omissions," Sopko noted. "It turns out that everything that is bad news has been classified for the last few years."

Before RS submitted its final report on the subject in October 2018, the Afghan government had been slowly, steadily losing ground to the Taliban and other militant groups. Over the previous two years, Kabul’s control had slipped two percentage points to just 53.8% of the mountainous, Texas-sized country.

Sopko noted at the time that because of RS withholding district control data in its reports, “the only people who don't know what's going on are the people who are paying for all of this, and that's the American taxpayer."

Other examples noted by Sopko on Wednesday were false reports on supposed progress on increasing life expectancy and child school enrollment, even though the officials “knew the data was bad.” School enrollment was a key marker of success cited by the Obama administration, he noted, and it was statistically impossible to have achieved the life expectancy gains reported.

Congress created SIGAR in 2008 following previous reports of contractual fraud and waste in the US mission in Afghanistan. In the 18 years since US forces invaded the Central Asian country in October 2001, the US has spent more than $132 billion rebuilding the country - more than it spent, adjusted for inflation, on the Marshall Plan rebuilding war-torn Europe after World War II.

The Afghanistan Papers, first published in December 2019 by the Washington Post, were drawn from the unpublished notes and transcripts of huge numbers of reports compiled by SIGAR as part of its effort to track down corruption and waste in the reconstruction effort, but which the Post noted had their most cutting and frank criticisms omitted in the final versions of SIGAR’s reports.

When asked by Task & Purpose after Wednesday’s hearing if US officials had knowingly lied to Congress, the SIGAR chief said he wasn’t going to “name names,” but noted that “everybody has that incentive to give happy talk – to show success. Maybe it's human nature to do that. I mean most of the lying is lying to ourselves. We want to show success."

"It's not that people are evil and they're lying," Sopko told the outlet. "They actually believe they accomplished something. But if you don't have good metrics and you never check them out, what do you expect?"