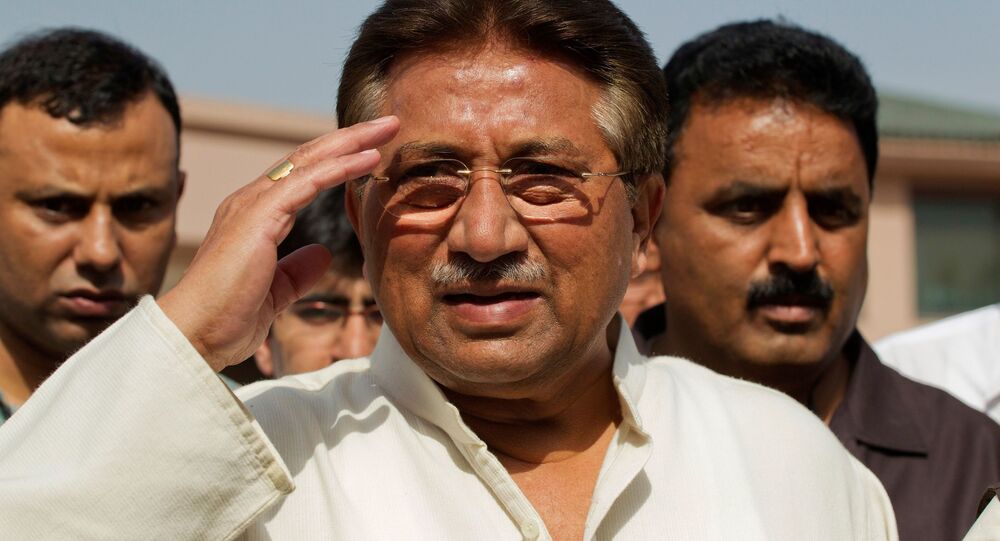 New Delhi (Sputnik): On 17 December 2019, a special court handed down a death sentence to General (Retired) Pervez Musharraf in a 2-1 split verdict. It was the first time in Pakistan's history that an army chief had been declared guilty of high treason and sentenced to death.

Pakistan's former president and military chief General Pervez Musharraf on Thursday appealed to the country's Supreme Court to set aside last year’s special court verdict that had declared him guilty of high treason and sentenced him to death.

It may be recalled that a case of treason was filed against Musharraf in 2013 by the then Pakistan Muslim League-Nawaz government led by former Prime Minister Nawaz Sharif. Musharraf was charged for suspending the constitution on 3 November 2007 and for imposing a state of emergency in Pakistan.

Musharraf submitted a 90-page criminal appeal before the Supreme Court, objecting to the high treason charge and the accompanying death sentence verdict delivered against him under Article 6 of the Pakistani Constitution, media reported.

In the appeal, the former army chief said the special court created to prosecute him was unconstitutional. He has also alleged that the trial conducted against him was "in sheer violation" of the Pakistani Constitution and the country’s Code of Criminal Procedure 1898.

Musharraf said he was ready to accept "any other remedy” provided by the apex court.

His appeal to the top court comes four days after the Lahore High Court said the special court was unconstitutional and that the treason case against Musharraf had not been prepared as per the law.

Currently recuperating in Dubai following a deterioration in his health, Musharraf has forwarded several petitions against what he has described as a damning verdict.