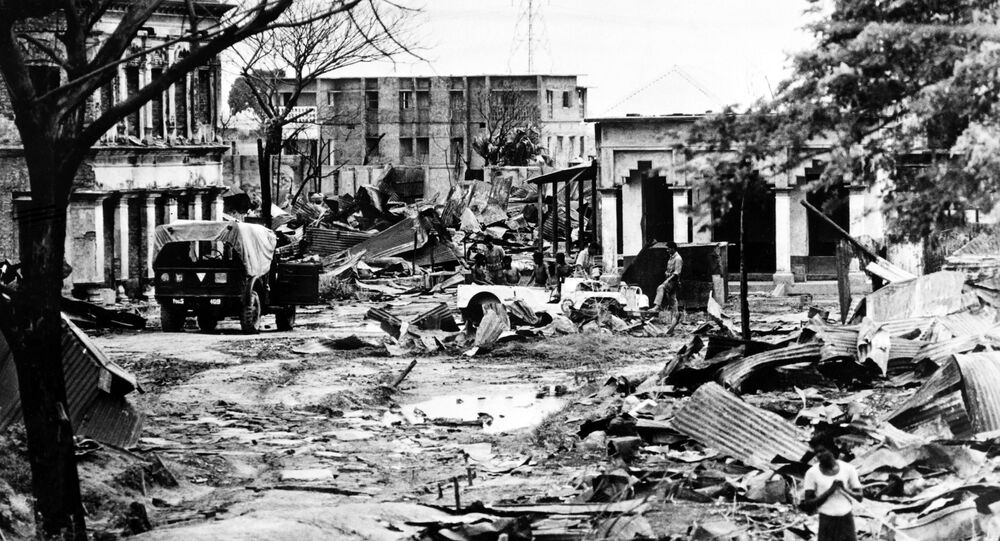 New Delhi (Sputnik): The International Crimes Tribunal was set up by the Bangladesh government in 2009 to investigate and prosecute suspects for the genocide committed by the Pakistan Army and its local collaborators during the war of 1971.

The Supreme Court of Bangladesh on Tuesday upheld the death sentence of an opposition politician for war crimes committed by him during the Liberation War of 1971 which eventually resulted in the creation of Bangladesh out of what was then called eastern Pakistan.

The only options now left before Qaisar are to approach the Supreme Court with a fresh petition seeking a review after receiving a certified copy of the court’s judgment and thereafter to appeal for presidential mercy, Bangladesh news outlet The Daily Star reported.

If President Mohammad Abdul Hamid refuses to grant Qaisar mercy, he will be sent to the gallows.

Qaisar, a former Bangladesh government minister, was accused of committing 16 genocidal crimes against humanity in the Habiganj and Brahmanbaria areas in 1971. He was awarded the death penalty by the International Crimes Tribunal in December 2014.

Ghulam Azam, a Jamaat-e-Islami leader, died in prison while awaiting the final verdict of the apex court in 2016, while Delwar Hossain Sayeedi is serving a life sentence.

The genocide in Bangladesh began on 26 March, 1971 when the Pakistan Army kicked off “Operation Searchlight”, a military crackdown in the eastern part of the nation to suppress Bengali and Bengali Hindu calls for self-determination with the support of Islamist militias and others.

Tens of thousands of people were killed or raped in the run up to the December 1971 war between Pakistan and India. As a result of the conflict, nearly ten million people, mostly Hindus, had to flee from the region and seek refuge in India.

Islamist Leader Sentenced to Death in Bangladesh for 1971 War Crimes