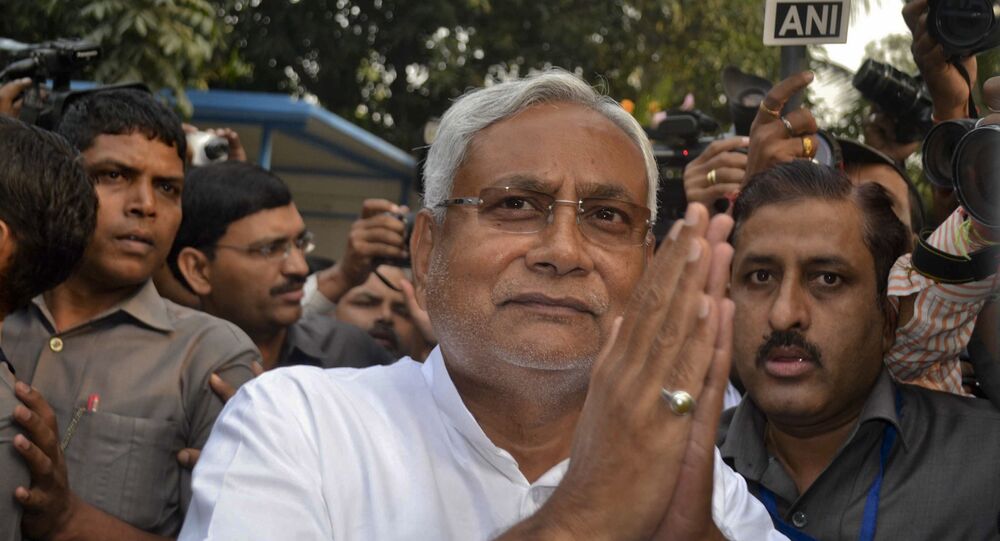 New Delhi (Sputnik): The National Register of Citizens (NRC) is at the heart of protests against the contentious Citizenship Amendment Act (CAA). The NRC is an official record of people who qualify as citizens of India. The register was first prepared after the 1951 Census of India and is being updated.

In a major embarrassment for India's ruling Bharatiya Janata Party (BJP), the chief of the country's Bihar state and key ally Nitish Kumar said on Monday that the Modi government’s plans to implement a National Register of Citizens (NRC) was a waste of time and had no legal basis.

Kumar made the remarks in response to a question from Bihar State Assembly’s opposition leader Tejashwi Yadav.

Yadav had demanded that Kumar come clean on the Citizenship (Amendment) Act, the NRC and the National Population Register (NPR),  issues that have resulted in protests, some of them very violent, in different parts of the country.

The CAA aims to provide Indian citizenship to Hindu, Sikh, Buddhist, Jain, Parsi and Christian refugees from Bangladesh, Pakistan and Afghanistan, while the NRC is an official record of people who qualify as citizens of India.

Kumar also thanked members of the Bihar State legislature for approving a constitutional amendment for extending reservations for underprivileged sections of the society in educational institutions and jobs for another 10 years.

Members of the House had earlier unanimously approved the amendment to extend reservations for the marginalised Scheduled Castes (Dalits or low or backward caste) and Scheduled Tribes (community of people living in officially designated tribal areas of India) sections of society.