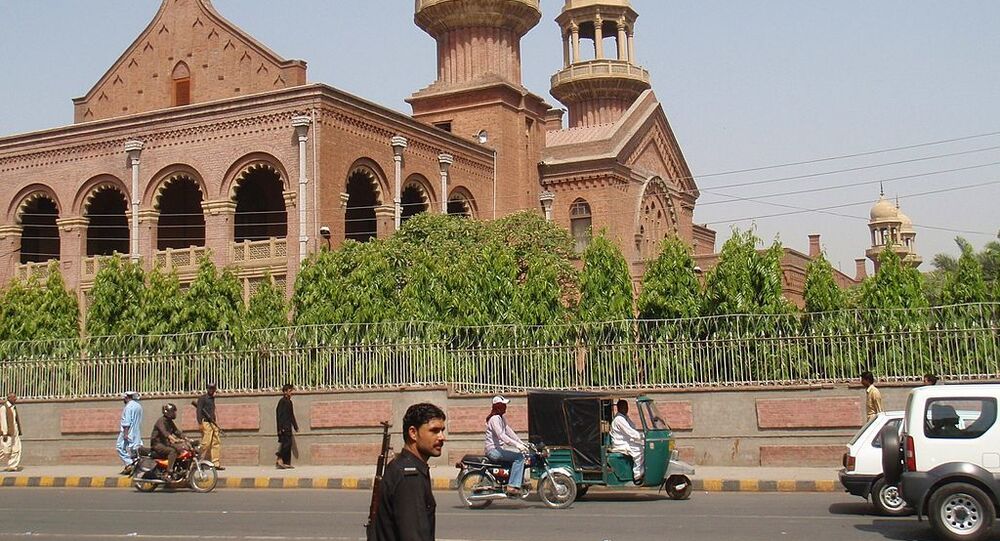 New Delhi (Sputnik): A special court in Pakistan handed out the death sentence to former Pakistan President Pervez Musharraf on 19 December. But the Lahore High Court on Monday declared the formation of a special court bench, which heard the treason case against the former dictator, as unconstitutional.

The Lahore High court has annulled the sentence of capital punishment for former president Pervez Musharraf, a government prosecutor told AFP. The court ruled that the formation of a special court in the Musharraf High Treason case was both illegal and unconstitutional.

"The filing of the complaint, the constitution of the court, the selection of the prosecution team are illegal, declared to be illegal... And at the end of the day the full judgment has been set aside," the prosecutor was quoted as saying.

Meanwhile, Musharraf's lawyer confirmed to Reuters that the sentence had been revoked.

"The Lahore High Court has nullified the decision about Pervez Musharraf," he said.

The former President, who was found guilty under Article 6 of the Constitution of Pakistan, had challenged his death sentence in an appeal to the Lahore High Court on December 27.

The judgement comes after after the Pakistani government, citing a violation of judicial conduct, had raised objections to the death sentence handed out to former President Pervez Musharraf.

Musharraf had raised objection to paragraph 66 of the judgment, where Judge Waqar Ahmed Seth, wrote: "As a necessary corollary to what has been observed we find the accused guilty as per charge. The convict shall be therefore hanged by his neck till he dies on each count as per charge. We direct the Law Enforcement Agencies to strive their level best to apprehend the fugitive/convict to ensure that the punishment is inflicted as per law. If found dead, his corpse shall be dragged to the D-Chowk, Islamabad, Pakistan and be hanged for 03 days."

The High Court order comes after a petition filed by the interior ministry, which had requested it to set aside the special court's decision to announce its judgement in the treason case. The federal government was directed to appoint a new prosecutor to the case by 5 December.

On 17 December, the special court handed down the sentence after deliberating for three months.

The case against Musharraf was filed by the previous Pakistan Muslim League–Nawaz government in late 2013 after it blamed Musharraf for subverting the Pakistan Constitution and imposing a state of emergency in November 2007.

Musharraf, after escaping the country in March 2016, has been living in self-imposed exile and has been seeking medical treatment at a Dubai hospital.