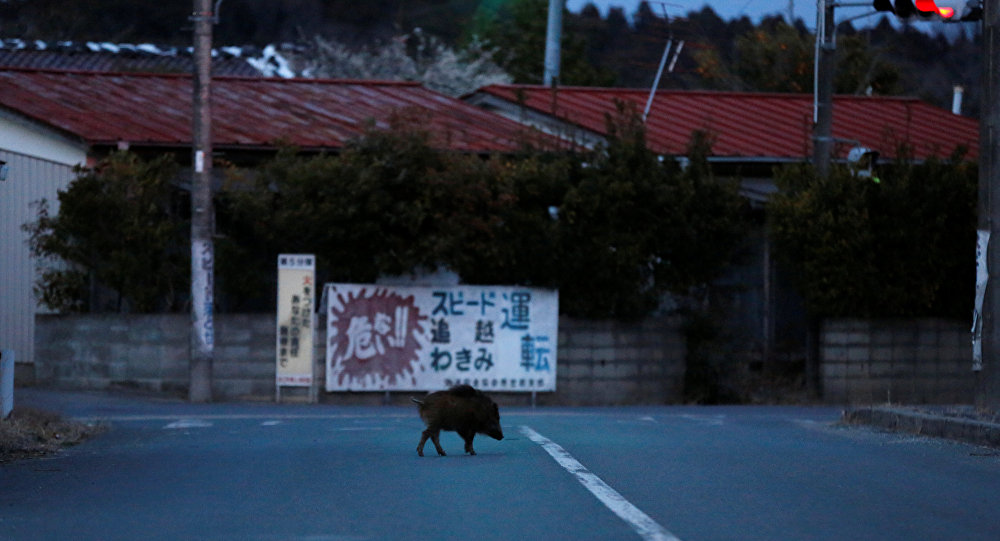 Nine years after the nuclear disaster at Fukushima Daiichi, a study using video cameras shows wildlife thriving in areas that remain dangerous for humans due to the radiation levels.

The camera study, published in the Journal of Frontiers in Ecology and the Environment, reports that over 267,000 wildlife photos recorded more than 20 species, including wild boar, Japanese hare, macaques, pheasant, fox and the raccoon dog—a relative of the fox—in various areas of the landscape surrounding the disaster site.

University of Georgia wildlife biologist James Beasley said this research provides new answers to the status of wildlife years after a nuclear accident like those in Chernobyl and Fukushima.

"Our results represent the first evidence that numerous species of wildlife are now abundant throughout the Fukushima Evacuation Zone, despite the presence of radiological contamination," said Beasley, associate professor at the Savannah River Ecology Laboratory and the Warnell School of Forestry and Natural Resources.

Beasley suggested that the images of the animals captured on camera in human-evacuated areas or zones mean that “these species have increased in abundance following the evacuation of people.”

The researchers based their designations on zones previously established by the Japanese government after the 2011 Fukushima Daiichi accident, installing 106 cameras in three zones: humans excluded due to the highest level of contamination; humans restricted due to an intermediate level of contamination; and humans inhabited, an area where people have been allowed to remain due to "background" or very low levels of radiation found in the environment.

For 120 days, cameras captured over 46,000 images of wild boar. Over 26,000 of those images were taken in the uninhabited area, 13,000 in the restricted and 7,000 in the inhabited zones. Other species, including raccoons, Japanese marten and Japanese macaque or monkeys, were seen in the photos.

"This research makes an important contribution because it examines radiological impacts to populations of wildlife, whereas most previous studies have looked for effects to individual animals," said Thomas Hinton, professor at the Institute of Environmental Radioactivity at Fukushima University, one of the researchers. Hinton added that their results are not an assessment of an animal's health.

The scientists said although there is no previous data on wildlife populations in the evacuated areas, the close proximity and similar landscape of the human-inhabited zone made the area the ideal control for the study. The team evaluated the impact of other variables: distance to road, time of activity as captured by the cameras' date-time stamps, vegetation type and elevation.

"The terrain varies from mountainous to coastal habitats, and we know these habitats support different types of species. To account for these factors, we incorporated habitat and landscape attributes such as elevation into our analysis," Beasley said. "Based on these analyses, our results show that level of human activity, elevation and habitat type were the primary factors influencing the abundance of the species evaluated, rather than radiation levels."

Another exception was the Japanese serow, a goat-like mammal. Normally far-removed from humans, they were most frequently seen on the camera footage in rural human-inhabited upland areas – the researchers believe that this might be a behavioral adjustment to avoid the rapidly growing boar population in the evacuated zone.