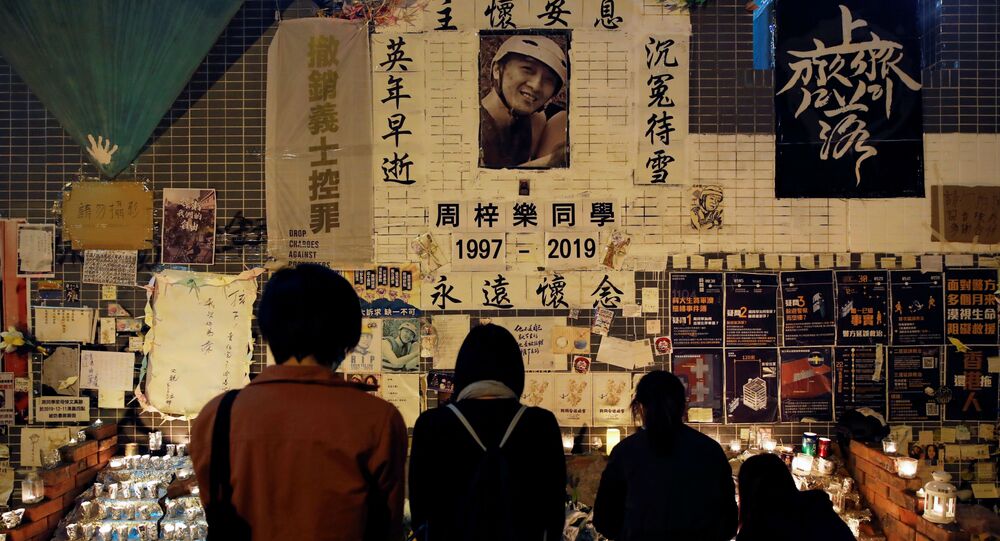 Recent research focused on the mental health of Hongkongers has found nearly a third of adults in the semi-autonomous city have reported symptoms of post-traumatic stress disorder and around 1 in 10 displayed signs related to depression during the ongoing anti-government demonstrations.

A jarring mental health study published in the The Lancet medical journal on Friday highlighted that adult citizens in Hong Kong are currently entangled in a “major mental health burden,” with numbers comparable to those in conflict zones.

"One in five adults now reports probable depression or suspected PTSD, which is comparable to those experiencing armed conflicts, large-scale disasters, or terrorist attacks," the study claimed.

The research, conducted by the University of Hong Kong, based its findings on data retrieved from nearly 18,000 residents of the semi-autonomous city in surveys administered between 2009 and 2019.

"Hong Kong is under-resourced to deal with this excess mental health burden," said Professor Gabriel Leung, dean of medicine at the University of Hong Kong and co-author of the study, as reported by the BBC.

According to the study’s authors, 1 in 3 adults reported signs of PTSD during period of ongoing anti-government protests - a six-fold increase from four years prior. Similarly, while approximately 2% of respondents reported symptoms of depression before the 2014 “Umbrella Revolution” - or “Occupy Hong Kong” - protests, that number has since ballooned to around 11% in the category of adult Hongkongers.

Researchers suggest that an increase in the use of social media and other online platforms to follow the unrest brought about by Hong Kong protests has contributed to the mental health decline within the city.

While the extradition bill, which set off protests in Hong Kong back in June, was formally withdrawn in September, demonstrations have persisted through the new year as protesters have rallied behind five central demands of the government.

Last Wednesday, tens of thousands of demonstrators attended a protest organized by the Civil Human Rights Front and called for an independent investigation into the Hong Kong Police Force’s alleged brutality and abuses of power, amnesty for detained demonstrators and universal suffrage.

As predicted by city law enforcement, more radical protesters broke off from the peaceful demonstration on January 1 and began to vandalize the offices HSBC bank, which has been closed to the public since November.

“People are angry because they feel that HSBC has stopped money getting to the protesters,” one protester told Reuters on January 1 in reference to the attacks on the UK-headquartered banking company.

Hong Kong police announced they made around 400 arrests on New Year’s Day alone, with offenses including “unlawful assembly and possession of an offensive weapon,” according to Senior Superintendent of Hong Kong Island Region Jim Ng Lok-Chun.