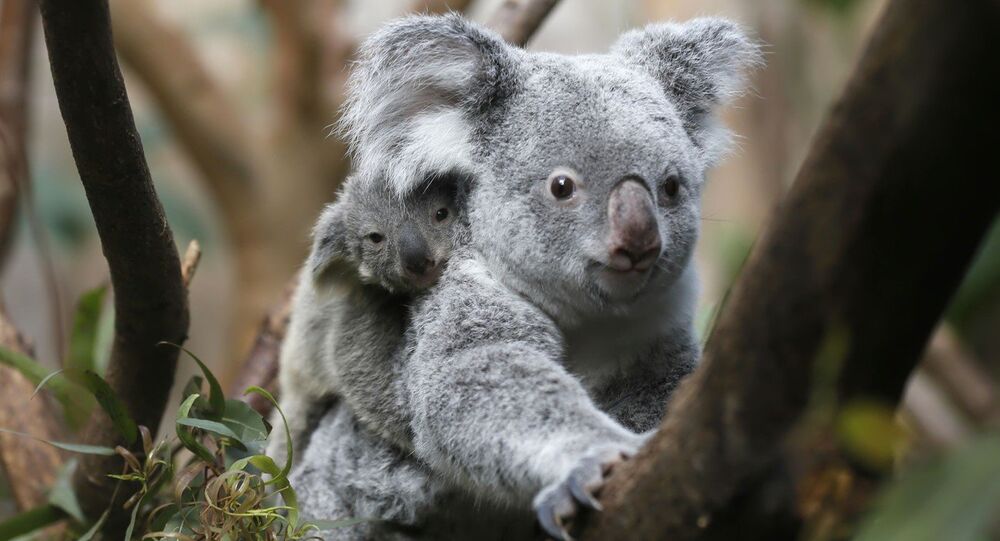 Rescue teams in Australia are deploying search dogs to save koalas from raging forest fires that have been devastating the country for months. In an interview with ABC, Ryan Tate, owner of the TATE Animal Training Enterprises, said his team of pups saved dozens of marsupials with one pooch, a 4-year old named Taylor saving 8 koalas since September.

Search dogs can sniff out scents that most humans are not able to detect. When finding koalas, dogs track them down by the smell of their fur, if working conditions are perfect. In difficult conditions, such as high winds dogs search for marsupials’ fecal matter, after which humans step in examining trees, where koalas could have hidden.

Steve Austin, a trainer at TATE, said the importance of search dogs in saving koalas cannot be overstated and stressed that thousands of animals could have been saved if more canines had been trained to work as rescue dogs. Dogs from other organisations have been used in rescue operations with one even gaining internet fame. Bear, a detection dog from the University of the Sunshine Coast in Queensland, was praised for his rescue work with Hollywood Star Tom Hanks saying that Disney must make a movie about the four-legged hero.

At least 25 people have died, 2,000 homes destroyed, and 15 million hectares scorched across the country since wildfires began in September, Australia’s Prime Minister Scott Morrison said earlier this week. The country’s fire season usually lasts from December to March, but this one began much earlier. The state of New South Wales (NSW) has been particularly hard hit. Some 1,000 homes were destroyed in NSW only this January. Authorities have issued emergency warnings as temperatures are expected to soar to 40 degrees Celsius and strong winds will hamper firefighting efforts.

Koalas have been most affected by the wildfires ravaging in Australia due to the way they respond to the natural disaster. Unlike other animals that try to escape the area koalas climb on top of a tree and curl into a ball. If the fire goes out quickly and just singes the marsupial’s fur, the animal will recover, but if the fire continues, then the koalas burn alive. Professor Chris Dickman of the University of Sydney, an ecologist with 30 years of experience claims that more than 1 billion animals of different species have died since wildfires began in September.