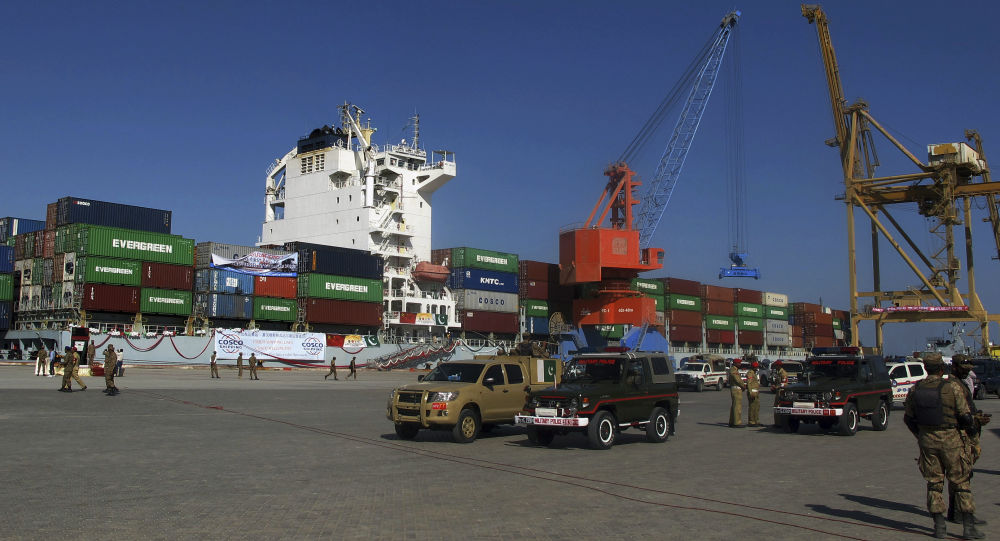 New Delhi (Sputnik): The China-Pakistan Economic Corridor (CPEC), a flagship project under Beijing’s Belt and Road Initiative (BRI), aims to enhance bilateral ties between the two countries through a planned network of roads and railways that would link Xinjiang province of China with Pakistan's strategic Gwadar Port.

The Pakistani government told the country's parliament on Thursday that 13 projects worth $11 billion have been completed under the $60 billion China-Pakistan Economic Corridor (CPEC) project.

It also announced that another 13 CPEC-related projects worth $18 billion are under implementation, whereas projects amounting to $21 billion are in the pipeline.

Informing the parliament that the construction of the New Gwadar International Airport is being facilitated by a Chinese grant, Pakistan’s Parliamentary Secretary for Planning and Development Kanwal Shauzab said it would be the country’s largest airport.

Meanwhile, Pakistan appointed the former head of its military's media wing, Inter Services Public Relations (ISPR), Lt. Gen (Retd.) Asim Saleem Bajwa, as the first chairman of the CPEC Authority in November. The panel is responsible for ensuring that the projects are completed on time.

The CPEC’s first phase primarily focuses on energy and roads, while the second phase would prioritise industrialisation, agriculture, and socio-economic development. China’s envoy to Islamabad Yao Jing announced in September 2019 the completion of key projects under phase one.

The multi-billion dollar project is part of China’s Belt and Road Initiative that seeks to establish commercial links between Asia, Europe, and Africa through large-scale infrastructure projects and is often defined as “a modern version of the silk road”.