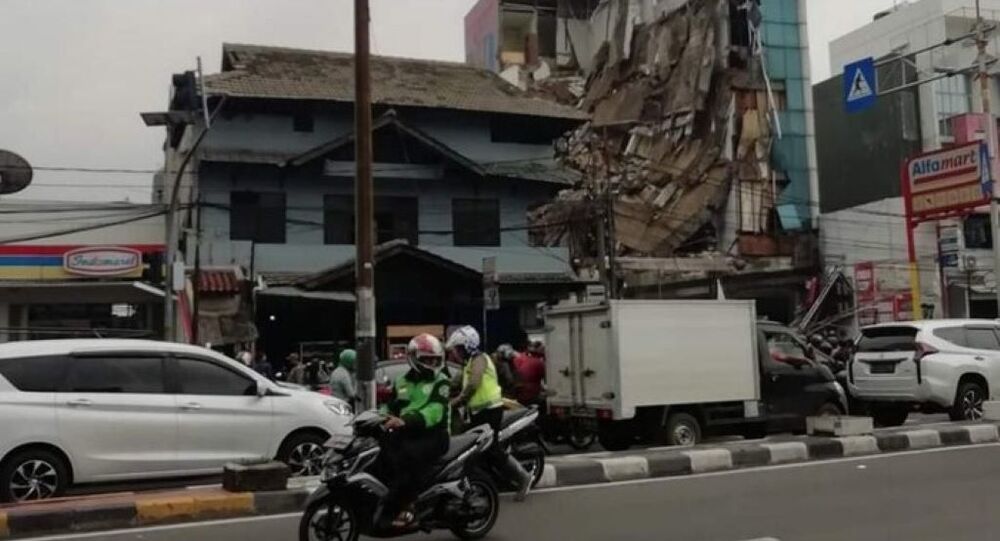 According to local TV, the building partly collapsed on Monday morning, leaving at least eight people injured with more reported to be trapped inside.

No immediate details on casualties were available. The collapsed building is a mixed residential-commercial complex with a convenience store on the ground floor and small rental units in the upper floors, AFP reported.

Netizens have shared video depicting the site of the incident.

The massive floods that struck the Indonesian capital of Jakarta and the surrounding areas, led to the deaths of at least 53 people.

The Indonesian province of West Java declared a state of emergency on Friday, as this was an area hit most in the floods with over 30 deaths and more than 170,000 people displaced, according to The Jakarta Post newspaper.

Heavy rains have been pouring in Greater Jakarta since New Year's Eve. The ensuing floods were further aggravated by several rivers bursting banks. Public transpiration has been severely disrupted, and several areas got completely isolated and inaccessible for rescuers to reach.

Aside from physical danger, floods increase the risk of outbreaks of potentially fatal waterborne diseases such as typhoid fever, cholera, and dysentery.

At Least One Person Injured in Explosion in Central Jakarta - Reports