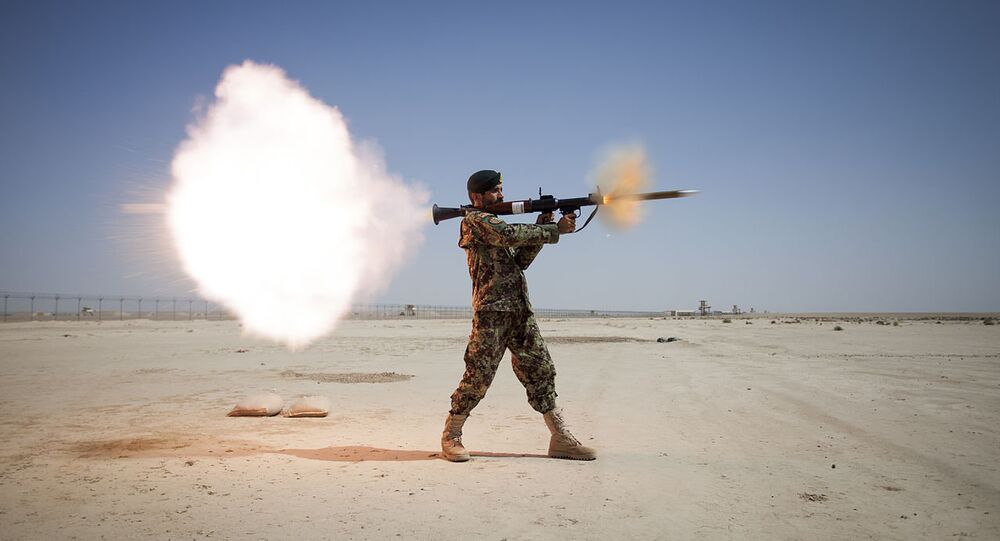 KABUL (Sputnik) - The Afghan National Army thwarted a Taliban car bomb attack on a military base in the Khakrez district of Kandahar province on Sunday morning, killing nine militants in the process, a police spokesman said.

"The car bomb attack was stopped and then the fight or clash started, during the clash nine militants were killed and six others were injured," Kandahar police chief spokesman Jamal Nasir Barakzai said in a statement.

According to a security source, Taliban militants launched a car bomb attack on an Afghan National Army base in the Sharghi area of Khakrez district on Sunday morning.

The Taliban claimed responsibility for the attack. In a statement, the Taliban said that the army had suffered heavy casualties as a consequence of the attack.

Neither the security source, nor the police chief spokesman, provided details of military personnel killed in Sunday’s clash.

On 31 December sources stated that the Taliban wishes to agree to an unofficial ceasefire with government forces in order to celebrate the Muslim holiday of Eid. A ceasefire is also seen to be a means of securing the withdrawal of US troops from Afghanistan.

The Afghan government has struggled to contain the Taliban movement for almost two decades. The conflict-stricken country continues to serve as a breeding ground for various insurgent and militant groups affiliated with al-Qaeda and the Daesh terrorist organizations.