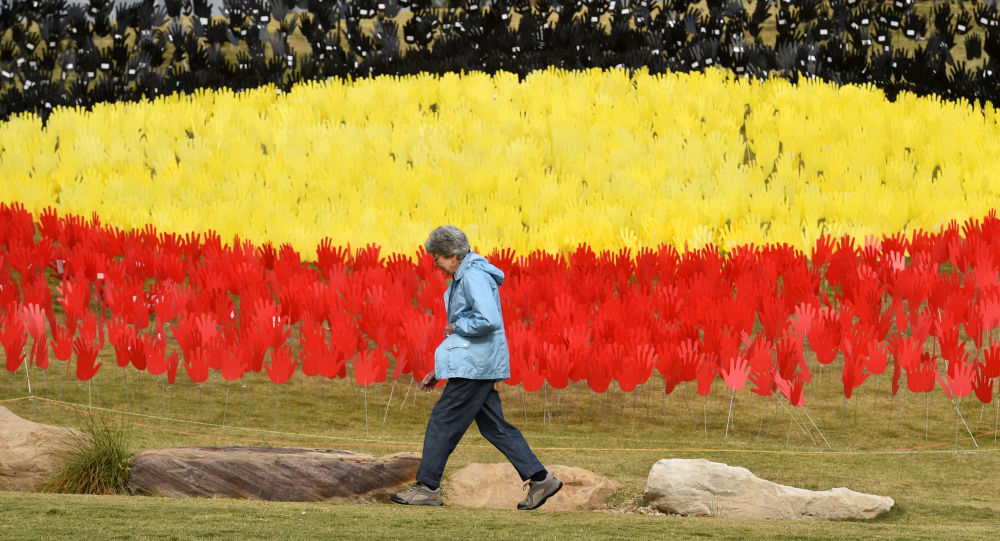 Australia has been hit by devastating wildfires that affected large swathes of the country's forests, leaving dozens of people, as well as half a billion animals, dead.

Internet users have taken to social media platforms to share photos of the stunning New Year Day's sky in Australia that strikingly resembles the Aboriginal flag.

In the pictures, the yellow morning sun is seen on the reddish-black backdrop caused by raging bushfires.

One of the users, who noted the resemblance of the sky with the flag of First Australians, said that there was "a message there for us, on a number of levels".

Amazing photo shared online this morning - firestorm sunrise - reminiscent of the Aboriginal Flag. There’s a message there for us, on a number of levels, methinks pic.twitter.com/zVb2huyIYj

Another user noted that aboriginals "lived 40,000 years without crazy bushfires cause they knew how to control it"

​Aboriginal Australians constitute 3.1% of the country's population. They are a group of various indigenous peoples that have originally inhabited the continent over 50,000 years ago. The Australian Aboriginal Flag was originally designed in 1971 by Aboriginal artist Harold Thomas.