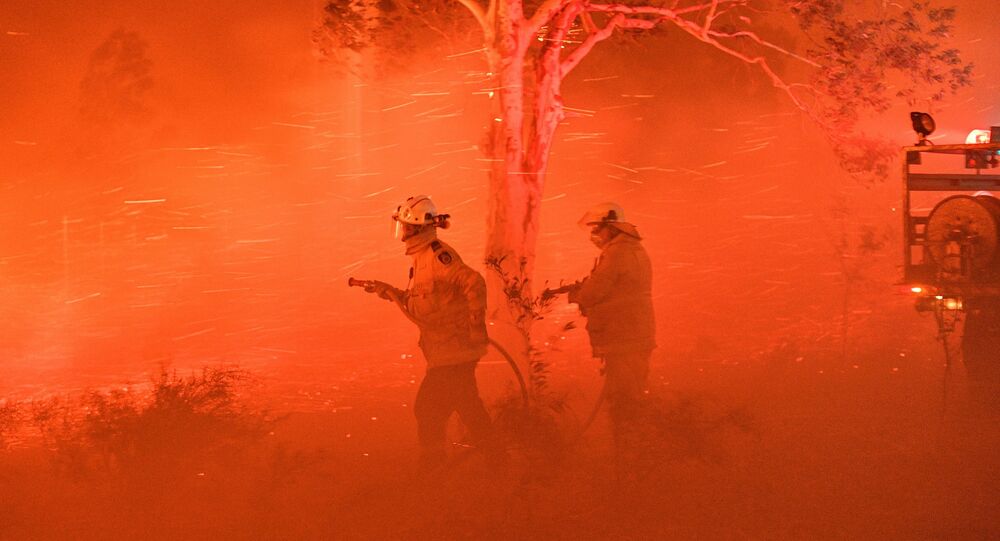 Australia has been suffering from record-high temperatures that triggered bushfires across the country. The dire situation is exacerbated by strong winds that are spreading the flames to more areas.

On Saturday, Australian 7 News Sydney ran a story on the situation in New South Wales where brigades of firefighters are fighting roaring blazes to save their local communities.

One of the firefighters from the village of Nelligen stopped his firetruck in front of the news crew and launched an angry tirade, sticking his head outside the vehicle's window:

"You, from the media! Tell the Prime Minister to go and get f**cked in Nelligen", the firefighter snapped.

​As fires are raging in Australia, Australian Prime Minister Scott Morrisson has reportedly "come under fire" himself as local residents of the affected areas got angry with him during his visits, repeatedly insulting him.

Notably, one video has been circulating on social media, in which an angry woman berates the Prime Minister for taking insufficient action while he awkwardly attempts to shake her hand. Morrisson is seen walking away from the woman before she finishes her complaint.

​At least 18 people have died in the bushfires that started in September. According to reports, 14.6 million acres have been burned, affecting half a billion animals. Hundreds of thousands of people were forced to evacuate after an estimated 1,400 homes were destroyed in New South Wales.