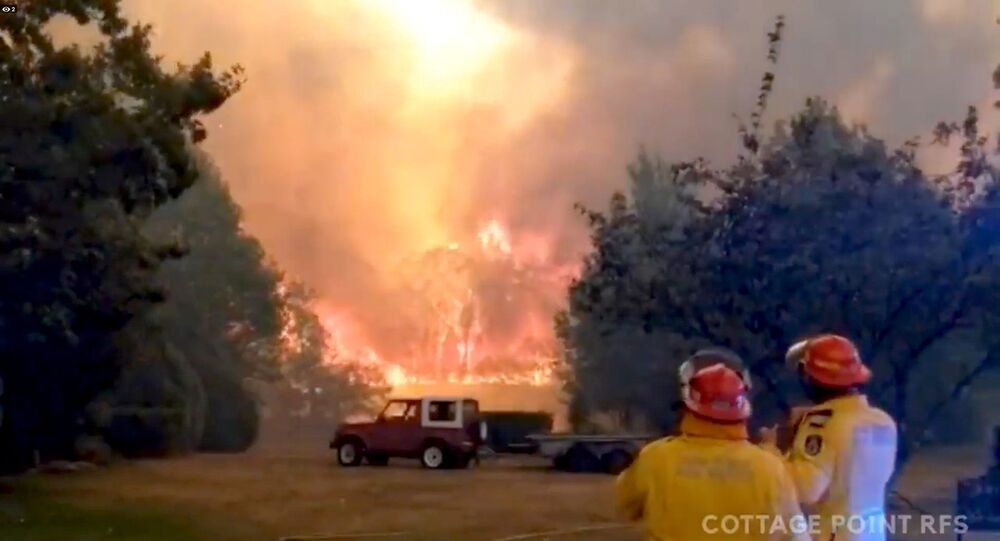 "They will sail this afternoon, they will be located offshore from the fire-affected areas from tomorrow afternoon," Morrison said.

Morrison confirmed that the death toll had risen to 23 people. He also expressed sincere condolences to all Australians who lost their loved ones in recent fires, adding that more than 1,500 homes were destroyed.

Earlier, Australian Prime Minister Scott Morrison was met with indignation by residents of the bushfires-affected areas, The Globe and Mail reports.

While visiting New South Wales, which was devastated by a bushfires, Scott Morrison encountered angry residents who scolded and insulted him.

During this year’s season of bushfires, more than seven million acres of forest have reportedly been burned, ravaging animal habitats, plant species and homes in the process.