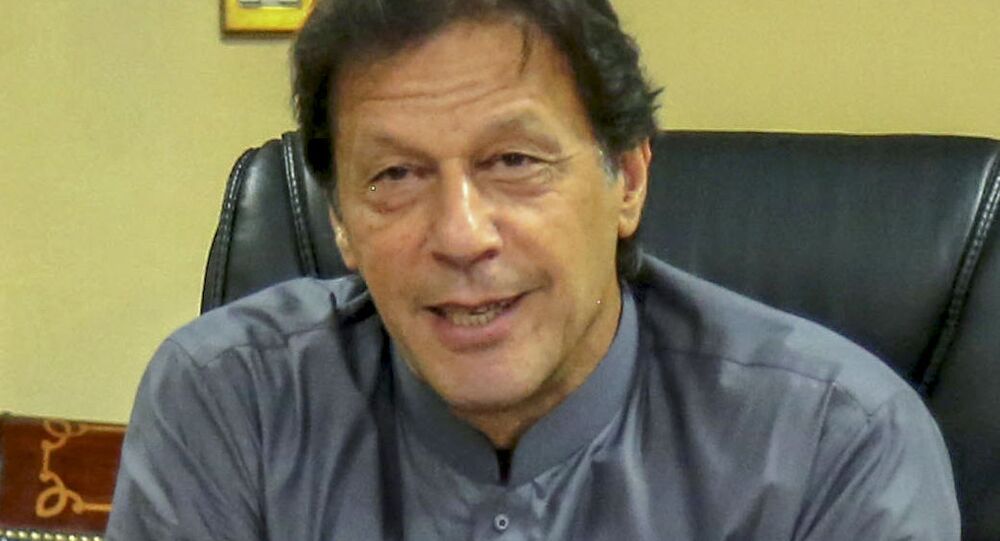 New Delhi (Sputnik): Pakistan's Prime Minister Imran Khan laid the foundation stone for a Special Economic Zone (SEZ), a mega project that aims to provide 300,000 jobs to the people. The SEZ coming up in Faisalabad city, in the eastern province of Punjab, is on the China-Pakistan Economic Corridor.

The SEZ would allow Chinese industries to enter Pakistan and invest in the country, said Khan addressing the foundation stone laying ceremony on Friday. The project is the first major move of the Imran Khan-led government towards its promise of creating large-scale employment.

"There are many industries that wish to relocate from China. We have yet to provide them the environment to relocate to Pakistan. This special economic zone is that environment that China seeks", said Khan.

He further said that it would not only boost investment in the country, but also ease transfer of technology and increase industrial production.

"China's Premier Li has said clearly that if we provide them the environment, they will push Chinese industries to Pakistan", he added.

Khan said that industrialisation was vital for the economic development and creation of jobs and called upon the youth to develop the required skills and education.

The bilateral trade relations between the two countries have witnessed improvement over the past few months and Imran Khan anticipated that it would reach a new height in the coming months. The second phase of the Free Trade Agreement (FTA) between Pakistan and China became operational on 1 January. Under the second phase of the FTA, 313 Pakistani products can be exported to China without paying customs duties.

The International Monetary Fund (IMF) also lauded the efforts of the Imran Khan government and stated: "Pakistan is now determined and committed to implementing strong and solid economic programmes with IMF’s support".

Current Account Deficit is down by 72.6% in Nov 2019 & 73% between July-Nov 2019 vs same period in 2018.
In 5 months, increase in SBP Reserves by $1.8B & reduction of $3B in FX swaps/forward liabilities increased FX buffer by $4.8B providing further stability to external account. pic.twitter.com/TLODiizRsi

In December, global rating agency Moody's Investors Service upgraded the credit outlook of Pakistan to stable from negative, which added confidence to the ailing economy. The Imran Khan government has taken several steps in the last few months to improve the country's current account deficit and strengthen the revenue base. According to Abdul Hafeez Shaikh, financial adviser to Prime Minister Imran Khan, foreign direct investment surged 200 percent in the first half of 2019.