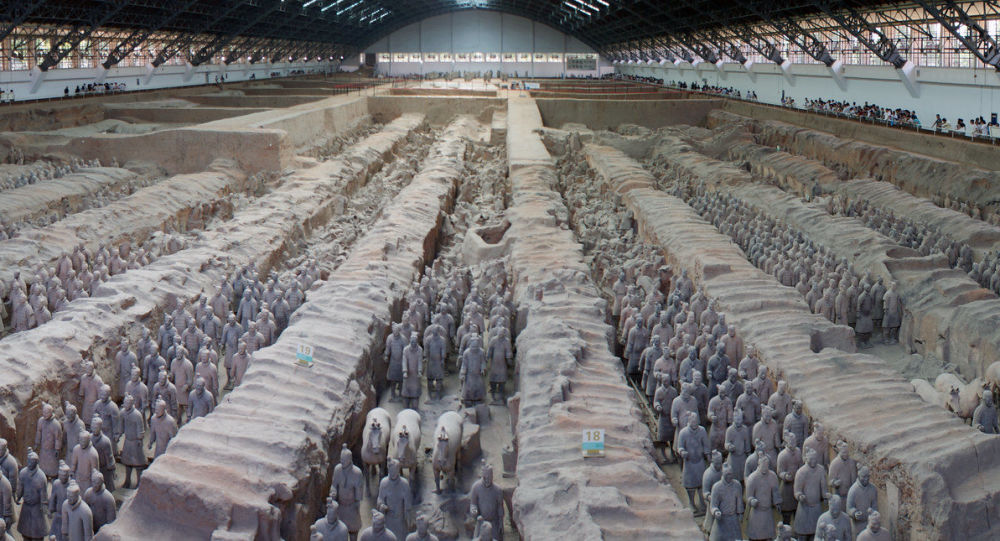 Discovered by chance in 1974, the Terracotta Army, one of the most famous archaeological sites in the world, is a form of funerary art buried around 210-209 BC, whose paramount duty is to protect Chinese emperor Qin Shi Huang in the afterlife.

Local archaeologists excavating the historic tomb at the heart of a 249-foot-tall (76 meters) mound in what is today Xi'an's Lintong District, in northwest China, broke the news earlier this week about an expansion of the ranks of the Terracotta Army by an additional 220 sentinels.

According to The Daily Mail, citing Chinese researchers, the new terracotta warriors - each with unique carved features - are comprised of at least five different ranks, including a previously unknown grouping dubbed "lower than the lowest".

More than 220 new terracotta warriors with five different official titles, including senior military ranks, were unearthed during the third excavation of Mausoleum of the First Qin Emperor. 12 terracotta horses and a variety of weapons were also found. #archeology pic.twitter.com/IGVfpuGnEI

"When these pottery figurines were first excavated, they were mostly coloured — with red belts and dark armour — but we lacked preservation skills and the colours faded [...] But, this time, improved technologies are enabling the newly found figurines to retain their vivid colours [...] Exhibition, excavation and conservation of the mausoleum are proceeding at the same time", China Cultural Relics Academy member Liu Zheng said, cited by The Daily Mail.

Alongside the newly excavated statues, archaeologists also reportedly unearthed ancient weapons, twelve horse figures and a golden camel figurine, said to be the oldest of its kind in China.

Chinese scientists suggested earlier that the entire necropolis could be as large as 38 square miles (98 square kilometers).

The unique tomb harbors over 8,200 earthenware figures, including the famous Terracotta Army, which is lined up exactly as real soldiers are said to have done during the Qin Dynasty 221–206 BC, Chinese researchers said.