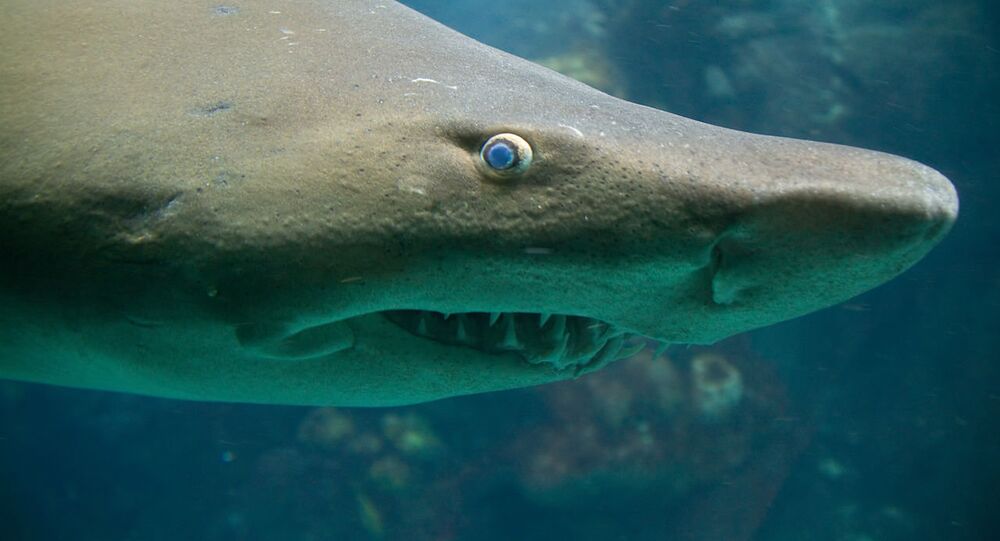 Researchers striving to reduce the number of shark attacks on humans in the vicinity of the Indian Ocean's La Reunion island reportedly made a horrifying discovery in the stomach of a captured predator: the severed body parts of a human adult male who disappeared in December.

The family of a man who went missing several weeks ago in the waters of the Indian Ocean surrounding the popular French tourist destination La Reunion, have identified a bracelet found in the stomach of a 3.4-meter tiger shark, along with several human body parts, news agency AFP reports.

The predator was caught under a preventive fishing programme targeting apex predators near the island, which has witnessed 11 fatal attacks in the past 9 years.

© AFP 2021 / Oliver Morin
Video: Surfer Rescued After Being Attacked by Shark in Southern California
After the fish was dissected by researchers, two human arms were identified. Their state suggested that they had been devoured less than 48 hours before the shark was captured. However, it is unclear whether the man was killed by the shark or it ate his body after he drowned.

Earlier this year, a similar gruesome discovery – a forearm in the stomach of another tiger shark - was made after a Scottish man went missing from a snorkeling lagoon on La Reunion. A wedding ring from the hand was identified by his wife.