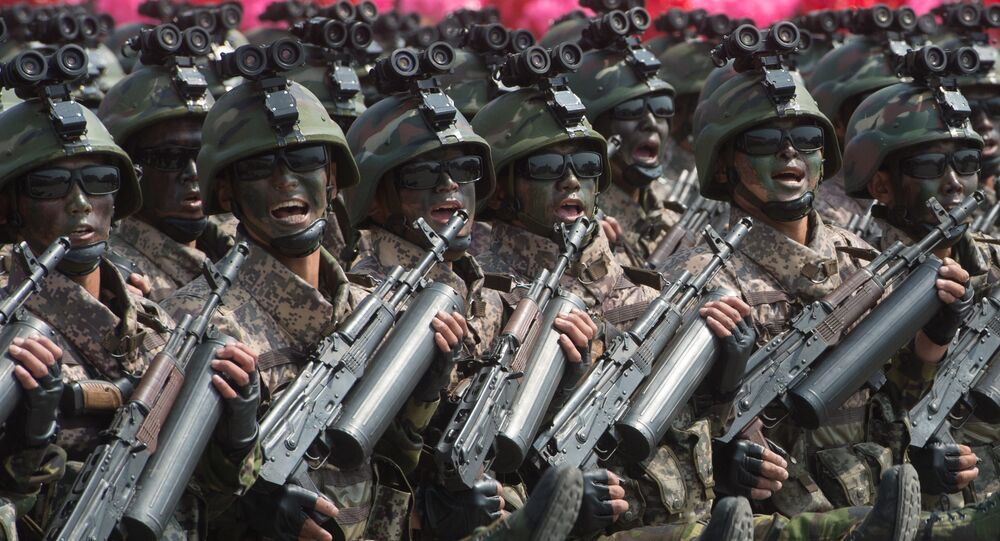 The meeting comes after the North Korean leader set a deadline for the United States to change its stance on the country's denuclearisation, as the talks have been stalled between the two nations.

North Korean leader Kim Jong-un has held the first-day session of the ruling Workers' Party' meeting on Saturday, where he stressed armament and the defence industry, Yonhap agency reported on Sunday.

According to the state-run Korean Central News Agency (KCNA), during the plenary session of the meeting, Kim ordered for "constructive and offensive measures" in defence and foreign policy for ensuring "complete sovereignty and security of our nation in the current conditions".

The Party gathered to discuss "important policy issues for new victory in the revolution", the outlet added.

"The immediate orientation of the struggle of the Party of Korea WPK (Workers' Party of Korea) and the state and important policy issues for new victory in our revolution under the present situation were brought up as agendas of the plenary meeting", the KCNA said.

The meeting comes after speculations about a possible "Christmas gift" from Pyongyang to the US, which presumably meant a long-range missile launch, unless Washington changed its stance in the denuclearisation talks. However, Christmas day passed without North Korea conducting any weapons tests.

The denuclearisation talks have been stalled after abruptly wrapping up in Hanoi earlier this year. The meeting in the Vietnamese capital promised progress in negotiating for a normalisation of ties, the prospect of denuclearising the Korean Peninsula and lifting sanctions on the DPRK. The talks were, however, cut short and ended prematurely without a deal on 28 February.

Since the unsuccessful summit in Hanoi, North Korea has conducted several launches of its short-and medium-range missiles, which Pyongyang had suspended while it was negotiating with the United States.