A youth football team, aged between 11 and 16, and their 25-year-old coach were exploring a cave complex in Thailand's Chiang Rai province last July when they became trapped underground after a downpour flooded the tunnels.

A member of the team that rescued 12 boys and their coach from a flooded cave in Thailand has died from an infection he contracted during the operation, Metro.co.uk reported, citing the late rescuer's mother.

Petty Officer 1st Class Beirut Pakbara, a Thai Navy Seal, contracted a blood infection when he took part in the rescue operation in the Tham Luang cave complex last summer. According to his mother, he has been in and out of hospital since then but his condition worsened recently and he passed away on 27 December. He was buried the same day in his home province of Satun.

His death is the second linked to the Thai cave rescue operation that resulted in the successful release of the boys and their coach from the flooded underground tunnels. Lieutenant Commander Saman Gunan died while resupplying oxygen tanks on 6 July 2018. 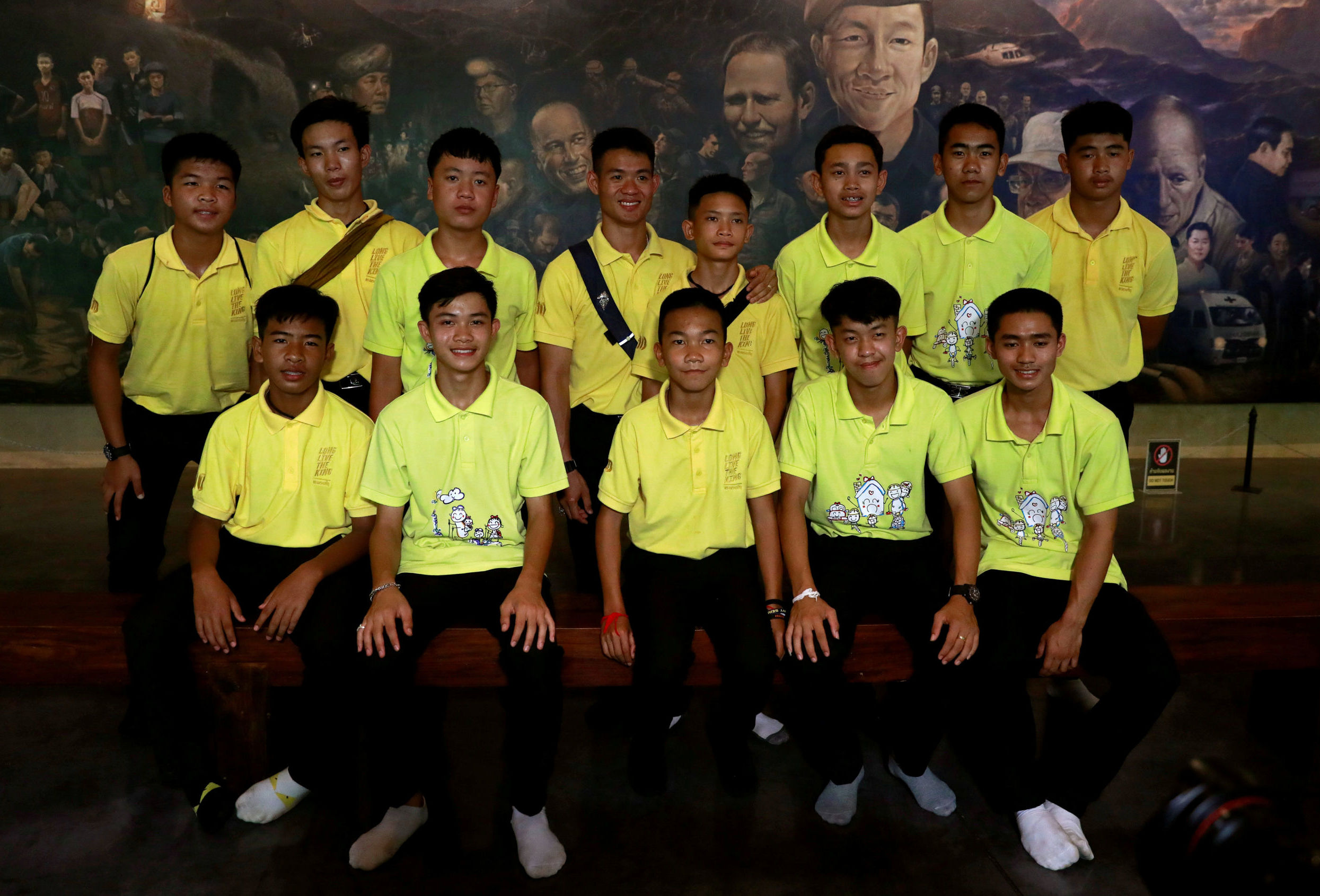 © REUTERS / Soe Zeya Tun
Members of the Wild Boars soccer team pose for a photo during their return to the Tham Luang caves, where they were trapped in a year ago, in Chiang Rai, Thailand, June 24, 2019.

The Wild Boars youth football team, all boys aged between 11 and 16, had been exploring the cave complex with their 25-year-old coach after training when a downpour flooded the tunnels and trapped them underground. They spent nine nights lost in the cave before they were discovered by a diver. A rescue operation, which started afterwards, involved more than 90 divers and made global headlines.