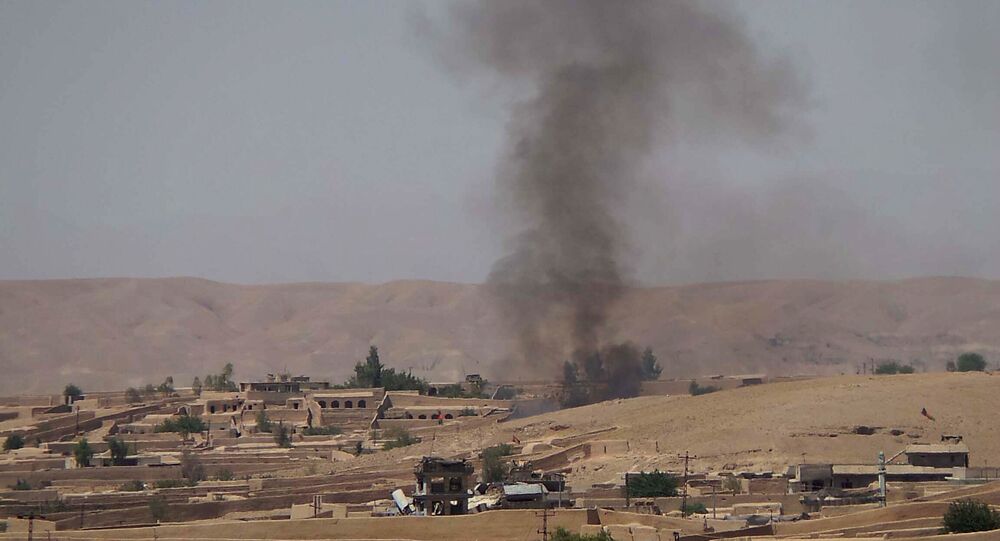 KABUL (Sputnik) - The Taliban has been waging a war against the Afghan government for decades, challenging security and stability in the region. The group is especially active in the central and western parts of the country.

Afghan forces launched an attack in the central province of Oruzgan that killed 13 Taliban* members, while the international coalition struck Daykundi province killing four militants, the 205th Corps of the Afghan National Army said on Thursday.

"Last night, Air Force launched a raid operation on militant hideouts in Chora and Khas districts of the Oruzgan province, killed 13 militants and injured 13 others", the statement said.

In a separate statement, the army confirmed that four Taliban members were killed in an attack by foreign air forces in the Kajran district of the Daykundi province.

The Afghan government has been engaged in a struggle with the Taliban movement, and various insurgent and militant groups affiliated with terrorist organisations.

The conflict-stricken country continues to serve as a breeding ground for various insurgent and militant groups affiliated with al-Qaeda** and Daesh*** terrorist organisation.

**al-Qaeda is a terrorist organisation banned in Russia