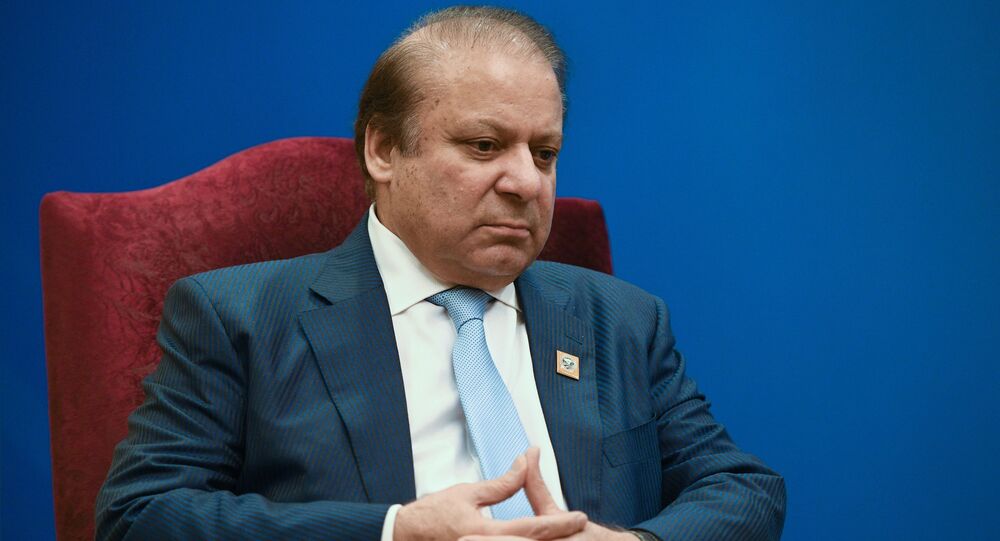 New Delhi (Sputnik): The Imran Khan government recently appointed Wazid Zia as the new chief of the Federal Investigation Agency (FIA). Zia was one of the main witnesses against Nawaz Sharif and his family members in the Panama Papers case. The opposition PML(N) has accused Khan of bringing Zia to the FIA to act against the family in false cases.

Dozens of officers of the investigative body participated in the raid at the PML-N’s secretariat located in Model Town of Lahore.

The case is related to a video in which Judge Arshad Malik confessed that he had been “blackmailed and pressurised” by a compromising video to convict Nawaz Sharif, a former prime minister, in the Al-Azizia corruption case. Later, Islamabad's High Court removed Malik from the post.

Sharif was sentenced to seven years of rigorous imprisonment in the Al-Azizia Steel Mills graft case in 2018.

In April 2016, Germany’s Suddeutsche Zeitung newspaper published materials that it claimed came from the company Mossack Fonseca, exposing the alleged involvement of a number of world leaders, including the former Pakistani prime minister, in tax haven schemes.