The attack took place at around 6:30 a.m. (2:00 GMT). According to Bashir, efforts to capture the assailants are still ongoing.

A civilian source, in turn, stated that one policeman was killed in the attack, adding, however, that two other officers and three civilians sustained injuries.

Earlier in the day, the Afghan joint forces launched an operation in the Kandahar district of Maiwand, resulting in 25 people dead and another five injured, according to spokesman for the Afghan National Army's 205th Corps Yahya Alawi. 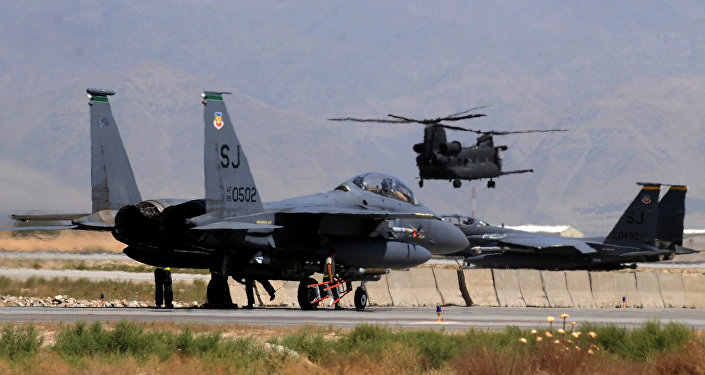 © AFP 2019 / MANAN VATSYAYANA
At Least 9 Civilians Killed in US-Led Coalition Air Strike in Afghanistan - Reports
The attack came a day after a security source said that militants had opened fire on a police vehicle in the same province, leaving one person killed. The Taliban* claimed responsibility for the incident.

The Afghan government has been engaged in a struggle with the Taliban movement, and various insurgent and militant groups affiliated with terrorist organisations.