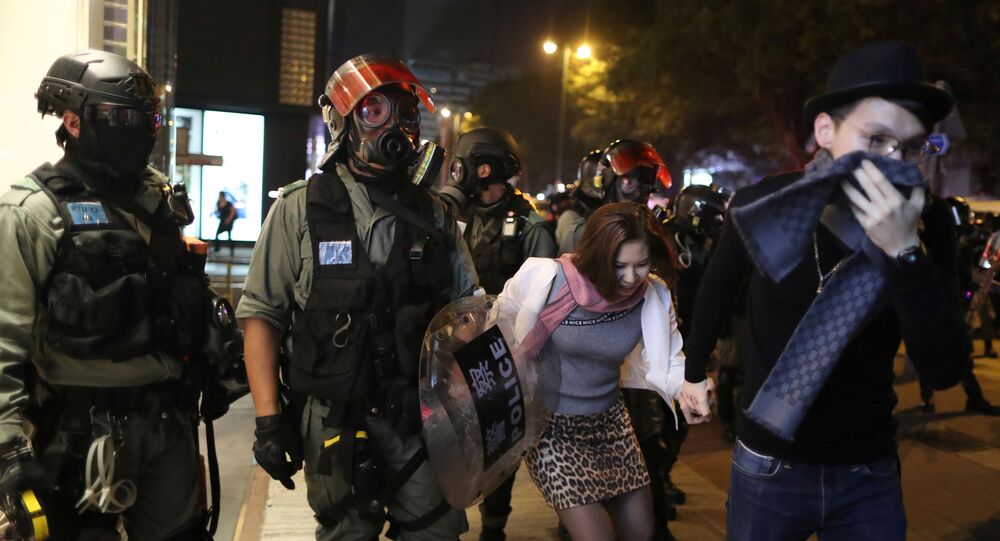 Hundreds of black-clad demonstrators were met by both undercover cops and anti-riot police officers who made several arrests and launched tear gas canisters to disperse anti-government protests around multiple shopping centers in Hong Kong.

Christmas Eve night was anything but silent in Hong Kong as various members of the Hong Kong Police Force were dispersed to the Yoho Mall II in Yuen Long and Tsim Sha Tsui’s Harbour City shopping center throughout the day and into the night.

Quoting an AFP reporter from the scene, CNA reported the situation within the Harbour City mall escalated shortly after the hundreds of black-clad, masked protesters arrived and sparked a reaction out of the undercover officers.

Tear gas was eventually used by police officers around the scene to disperse demonstrators occupying main roads and blocking traffic near the shopping center.

Hong Kong-based outlet Stand News’ compilation of on-scene clips from Yoho Mall II shows a situation in which a demonstrator is seen knocking over an anti-riot cop before jumping to the floor below. New York TV station WWNY reported the individual in question was attempting to escape after he and another protester were “intercepted” for “storming and vandalizing shops” on the mall’s second floor around 8:00 p.m. local time.

The outlet noted that the demonstrator was carried to the hospital in a conscious state and was arrested for “assaulting a police officer” after he received medical attention.

The Hong Kong Police Force also noted via press release that around 10:45 p.m. local time, “masked rioters set fire to the entrance of the Mong Kok MTR station” and additional individuals were seen pouring flammable liquids throughout the scene to help spread the blaze. Shops in Mong Kok’s Langham Place were also reportedly vandalized after being stormed by the demonstrators.

Authorities have been on high alert for possible demonstrations at local shopping centers since it was reported that radical protesters had issued a “call-out” for holiday assembly over anti-government forums and messenger apps.

In addition to taking precautions such as the stationing of plainclothes police officers amongst shoppers, city officials have also canceled Hong Kong’s annual New Year’s Eve fireworks celebration over Victoria Harbor and instead opted for a "Symphony of Lights” show.