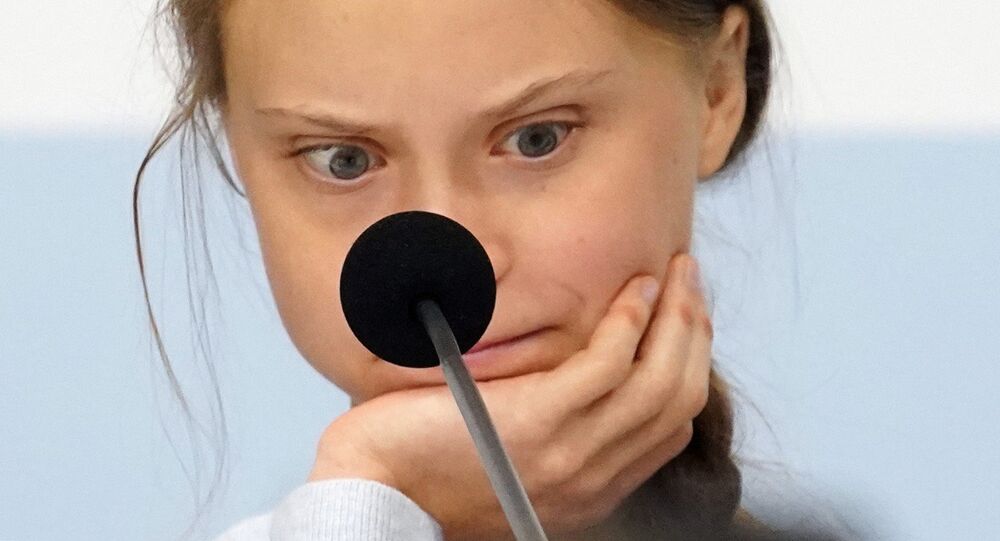 ‘I’m Not Here to Impress’: Aussie PM Morrison Hits Back at Greta Thunberg Over Bushfire Remarks

An ongoing wildfire emergency in several Australian states has already led to massive land burns and destruction of hundreds of houses, with country’s prime minister experiencing heavy criticisms in relation to his role in addressing the emergency.

Prime Minister Scott Morrison responded to Greta Thunberg’s comments on the Australian wildfire disaster, after teenage environmentalist slammed politicians for failing to find connection between world’s climate crisis and the ongoing weather catastrophe, by stating that he was focused on Australia’s interests instead of trying to “impress people overseas” with his policies.

On Sunday, Swedish eco-activist Greta Thunberg turned to Twitter to comment on around 200 wildfires that are currently burning in four Australian states, by retweeting a video report on the ongoing fires and questioning why catastrophes like that did not bring a response from politicians.

Not even catastrophes like these seem to bring any political action. How is this possible?
Because we still fail to make the connection between the climate crisis and increased extreme weather events and nature disasters like the #AustraliaFires
That's what has to change.
Now. https://t.co/DQcZViKJQz

​Her tweet was widely shared by more than 170,000 of her followers, prompting Morrison to address the criticism while giving a press conference on Monday afternoon.

“Australia and the Australian government will set our policies based on Australia's national interests, on what Australia needs to do. That's where I keep my focus”, Morrison said, according to The New Zealand Herald.

“It's not for me to make commentaries on what those outside of Australia think that Australia should do. We'll do in Australia what we think is right for Australia. And that has always been my guiding principle,” added Morrison, who has received several criticisms in relation to ongoing disaster, including his government’s stance on climate change amid refusal to downsize Australia’s coal industry.

“I'm not here to try to impress people overseas. I'm here to do the right job for Australians and put them first,” the prime minister concluded.

THe prime minister’s comment gathered several reactions from social media users, with many concluding that Morrison has recently been really successful in failing to impress both national and international audiences with his actions.

Pretty sure he is not impressing people overseas. So mission accomplished!

Apparently he isn’t here to impress anyone domestically, either.

In that case he’s been more than successful. He doesn’t impress anyone. #WorstPMEver

Leadership is a little bit more substantial than impressing people. Does he seriously have no idea?

Morrison has been under fire recently in relation to the natural disaster, following heavy criticism he experienced after departing to Hawaii for a family vacation despite the ongoing crisis.

© REUTERS / GUGLIELMO MANGIAPANE
Greta Thunberg Lost Some Credibility After Her Row With Deutsche Bahn - German Minister
The prime minister eventually cut his holidays short and returned to Sidney, while explaining his decision to go on vacation as the need to uphold his family promises, in a bid to “balance” work and life responsibilities.

The Australian wildfire emergency is believed to have destroyed more than 3 million hectares of land and take lives of several people in the recent months. The state of New South Wales reportedly experienced the most severe devastations, including the destruction of several hundreds of houses.