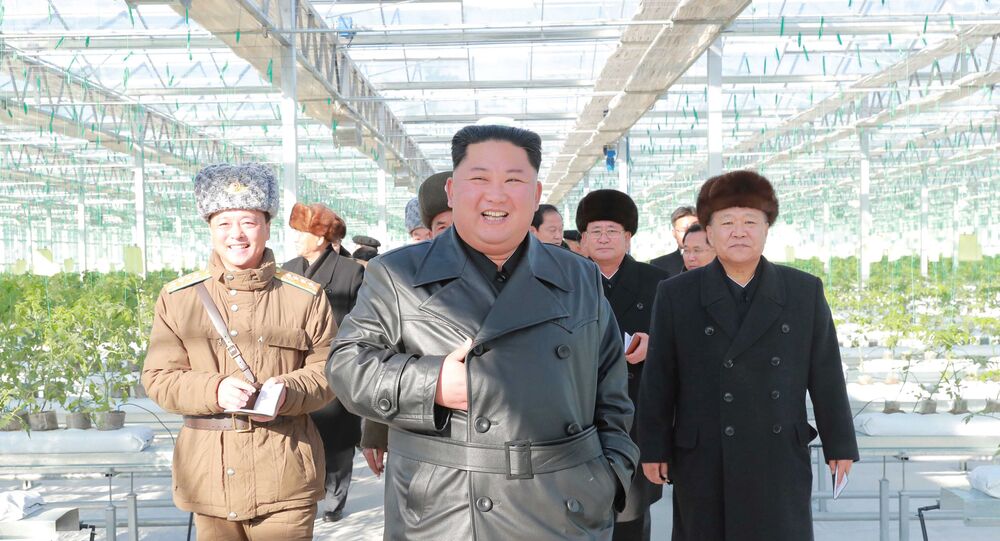 The photos, produced by the private Earth-imaging firm Planet Labs, show that a new structure was built at the March 16 Factory in Pyongsong to “accommodate the raising of a launcher arm”, said Jeff Lewis, an expert in nuclear non-proliferation with the Middlebury Institute of International Studies.

“We believe North Korea erects this structure when the facility is involved in producing or modifying [intercontinental ballistic missile] launchers,” Lewis told NBC.

He added that there is “activity at a number of locations” indicating that North Korea is preparing for an expansion of their intercontinental ballistic missile programme.

The analyst told CNN in a separate statement that the factory is also involved in producing trucks for the military, so its expansion could “represent a growing capability of North Korea to produce these trucks domestically.”

Pyongyang halted its tests of nuclear and intercontinental ballistic missiles last year, setting stage for talks with the United States. Those talks resulted in a joint declaration on North Korea’s denuclearisation. The North went on to make progress with South Korea, but a February Kim-Trump summit in Vietnam ended without a deal after the US rejected demands for broad sanctions relief in exchange for concessions from the North on its nuclear capabilities. The talks stalled as a result.

They eventually broke down in October because of what North Korea saw as a lack of good will from the United States. Earlier this month, Pyongyang’s UN ambassador said that denuclearisation would be off the table should the negotiations resume.

North Korea has set a year-end deadline for the US to change its policies, warning that failure to do so would force it to embark on an unspecified “new path” that many fear could include a resumption of long-range missile tests.

Early this month, Pyongyang promised to send a cryptic “Christmas gift” to the United States if its expectations are not met. The North then conducted what it called a “very serious” test at its long-range rocket launch site on 7 December and another a week later. No details have been offered on what was being tested other than that it would bolster the country’s nuclear deterrent, prompting speculation that these were ground tests of a ballistic missile engine.