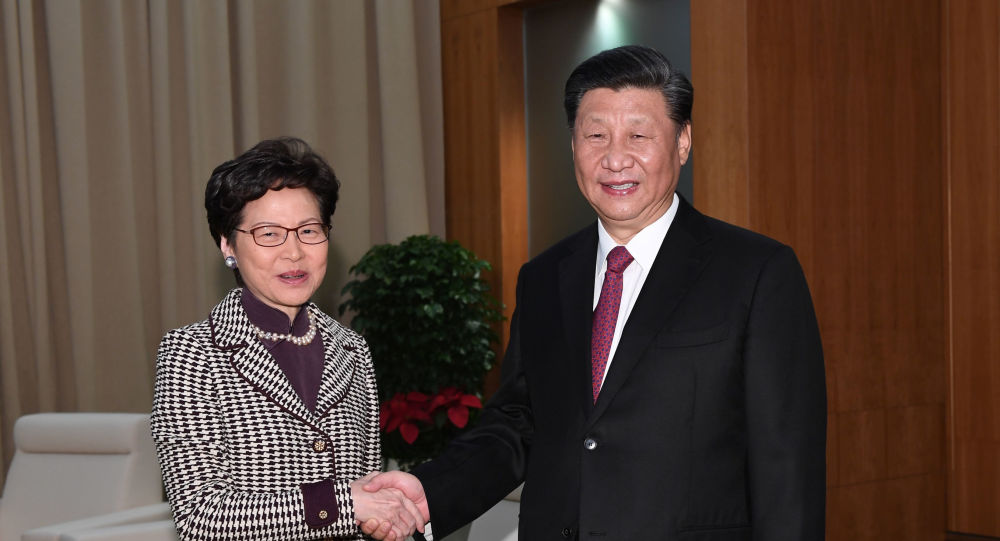 Hong Kong is going through a period of protests that started in March over a controversial extradition bill. Violent conflict has ensued between police and demonstrators, although the bill was withdrawn in October.

Chinese President Xi Jinping said Friday that Hong Kong and Macau affairs are exclusively China's internal affair, noting that China will not allow foreign influences to interfere, according to Reuters.

"I want to emphasize here that, after the return of Hong Kong and Macao to the homeland, the affairs of the two special administrative regions are completely the internal affairs of China, which need not be pointed out by any external force," said Xi, quoted by the Xinhua agency.

The Chinese leader is attending celebrations to mark the 20th anniversary of Macau's handover to China. Earlier, Xi swore in a new Macau administration, led by Ho Iat-Seng.

Hong Kong has been gripped by protests, often violent, since March. The demonstrations, initially a response to an extradition bill, continued after the highly-unpopular measure was withdrawn in October. The protesters accuse authorities of abusing their power to suppress them, a claim the government denies.

Beijing views the situation in Hong Kong as a result of foreign interference in China's domestic affairs and has expressed its full support for the actions of the local authorities.

On 27 November, the White House said Trump signed the Hong Kong Human Rights and Democracy Act of 2019, and another law that prohibited US exports of specified police equipment to Hong Kong. The acts amend existing legislation, opening the way for imposing sanctions on human rights offenders in Hong Kong and stipulating that assessment of the developments in the region be carried out annually to determine the level of Hong Kong’s autonomy from China, a key aspect of the United States’ trade with the region.

The current government in Hong Kong criticized the US act on human rights and democracy in the region.

The Hong Kong authorities characterized the US laws as unfounded meddling in the region's affairs, saying it could harm US-Hong Kong relations and interests.

Chinese Foreign Ministry spokeswoman Hua Chunying said that China will introduce sanctions against several US non-governmental organizations, including Human Rights Watch, following Washington's passage of the Hong Kong Human Rights and Democracy Act of 2019, which Beijing says is a form of interference in its internal affairs.