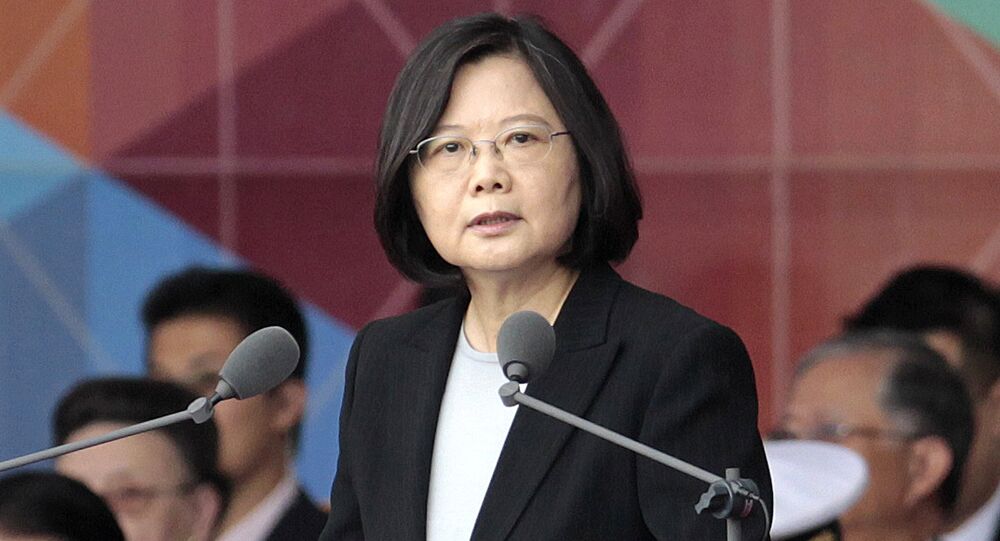 The Taiwanese Ministry of National Defense has condemned an ex-legislator who recently revealed critical details pertaining to the Republic of China’s military defense systems.

Former Taiwanese lawmaker Chiu Yi appeared on China Central Television’s “The Two Sides of the Strait” earlier this week and divulged that back in October, Taiwanese President Tsai Ing Wen ordered several Kestrel rockets be delivered to “fortify” her office in case of a “decapitation strike,” according to the Taipei Times.

Chiu, who is a member of the pro-reunification New Party, explained that Tsai’s order for the Military Police Command to deploy the indigenously-made rocket launchers was made to calm her “deep-seated fears” and ultimately defend prominent officials.

“While reports said the missiles would help defend government complexes and the people, they were intended to protect only President Tsai and her cohorts,” he said, as reported by the outlet. He added that while the Kestrel rockets are described by some as anti-tank missiles, they are incapable of piercing China’s Type 98 and Type 99 tanks.

Referencing Chiu’s Friday appearance on Chinese state TV, Taiwan News noted the ex-lawmaker claimed that more than 1,000 Chinese missiles are pointed at the Republic of China.

On Wednesday, Taiwan’s Ministry of National Defense issued a statement condemning the former lawmaker and saying his words were tantamount to “treason.”

Hong Kong-based outlet Asia Times reported that a ministry spokesperson also commented on the matter and asserted, “The public should keep in mind that [Chinese President] Xi Jinping and the Chinese Communist Party have never renounced the use of force against Taiwan.”

At the same time, the ministry alleged that Chiu did not have insider information regarding Taipei’s security detail or deployment of munitions.

He has since been branded a “traitor” to Taiwan on social media and accused of endangering the Republic of China, Asia Times reported.

Shortly after being selected in January for the Kuomintang party’s legislator-at-large nominee list, Chiu was forced to withdraw due to controversy over his pro-Chinese tendencies, according to Taiwan News. The former lawmaker has continued to make headlines recently for additional remarks concerning sexism and his comments on the Taiwanese president’s appearance.

After being criticised for discrimination against women, former KMT Legislator Chiu Yi (邱毅) said: "Is Tsai Ing-wen even a woman". Enough is enough. Shut up if you can't speak without making racist & sexist comments. pic.twitter.com/jfROVgcc3s

When confronted about his alleged discriminatory attitudes, the lawmaker clarified he doesn’t “discriminate against women, except for those who don’t look like women, like [former Kaohsiung Mayor] Chen Chu & Tsai Ing Wen.”

Poking the Dragon: US Warplane Spotted Traveling Over Taiwan Strait