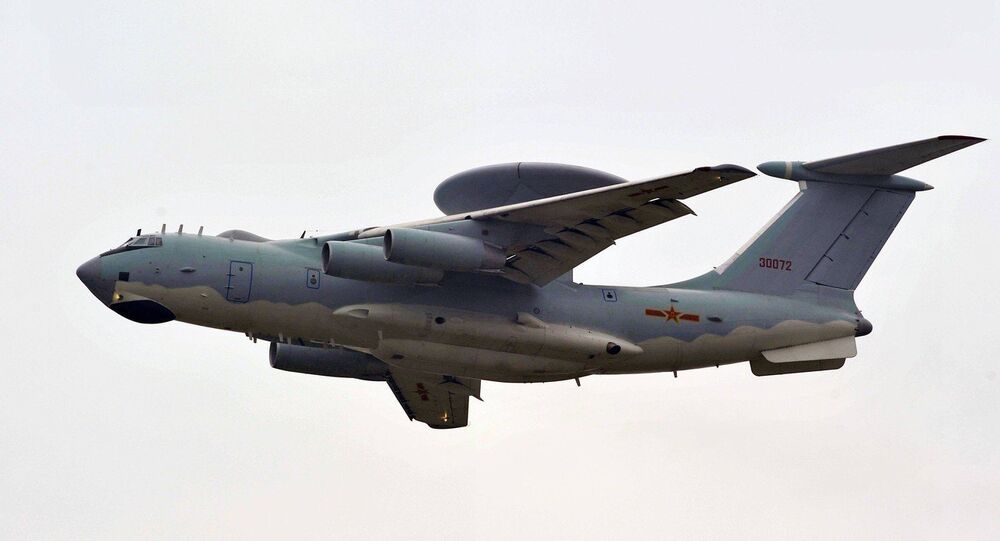 China’s People’s Liberation Army (PLA) has conducted one of its longest airborne early warning exercises yet, with crews training last month in identifying more than 10 kinds of hostile signals and coordinating with other crews over the hotly contested South China Sea.

According to a Sunday report by the PLA Daily, the PLA South Theater Command put two groups of airborne early warning (AEW) warplanes and their crews to the test, throwing them into a simulated hostile situation in which they had to identify multiple kinds of targets, gather information about them and communicate that to the other crew.

“Different from the exercises conducted last year on early warning reconnaissance, this drill was much longer in time span, put in a confrontational mode from the start and had an emphasis on nighttime training,” Yan Liang, commander of an unspecified PLA division, told the PLA Daily, according to the South China Morning Post (SCMP). He added that this kind of drill “continuously challenged the limits of our personnel and equipment, and helped strengthen the emergency combat capabilities of the army.”

“Now ‘difficulty’ and ‘intelligence’ have become the more frequent words in our exercises … and we have made detailed plans to evade risks and dangers in every drill,” another officer from the same division told the SCMP.

The drills come in response to increased US presence in the region, where the US Navy has spurred allies like Australia and Canada into joining it in “freedom of navigation operations” (FONOPS), missions in which warships spurn Beijing’s sovereignty claims over most of the waterway by sailing straight through. The US has also sent powerful planes through the region, including the B-52 strategic bombers that form the core of its air-based nuclear deterrence.

China’s Global Times reported last month on the rapid expansion of the PLA Air Force (PLAAF), including not only its new J-20 stealth aircraft but also heavy transport planes like the Y-20, multi-use helicopters like the Z-20 and soon the H-20 stealth bomber - together called the “Twenty Series.”

The PLAAF has also added to its AEW fleet in recent years, introducing the new KJ-500 and KJ-2000, built by Shaanxi and sporting a large radome above the aircraft similar to US and Russian AEW planes.